Anne Carson reads from her book Nox, which is an epitaph for her brother who ran away and died in Copenhagen. In Nox Carson tries to picture her brother through diary notes, letters and photographs. Read more …

In this video Anne Carson (b.1950) starts by introducing her book Nox from 2010 and by reading Catullus’ poem 101 in latin. Anne Carson’ asked Danish poet Pejk Malinovski to read some parts of Nox in the Danish translation.

Nox means ’night’ in latin. The book is a foldout of letters, photography and poems, shaped as a dialogue with Roman poet Catullus, who wrote an epitaph for his brother, too. Nox is regarded as one of Carson’s most outstanding works.

Göran Rosenberg
The Road from Auschwitz 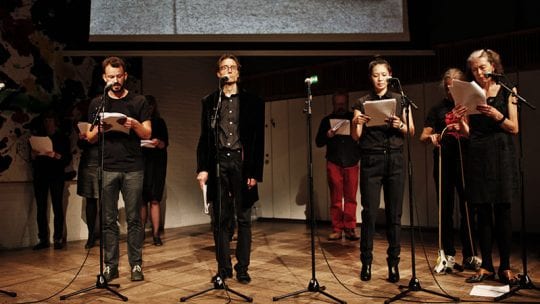