Meet award-winning architect Anne Lacaton of the praised French duo Lacaton & Vassal, who have gained international recognition for their transformational work with social housing in France. Lacaton here shares their visionary approach, which is to re-use the richness of the existing architecture rather than tearing it down: “Never withdraw, always add.” Read more …

Lacaton describes the practice of Lacaton & Vassal as being about the generosity of space, care of the users, care of the climate, utilization of all the natural resources and creating affordable architecture. They never work in empty spaces but in established city landscapes and take into account all the existing elements, aiming to keep them in the project as maximum resources: “It starts from the great observation and inventory of what we have… some things need to be transformed, and some things need to stay as they are, and this combination makes the project so interesting.” Architecture and urban planning, Lacaton feels, is to “take history as an addition of layers” – taking advantage of already present things and carefully removing what can’t be re-used. Furthermore, the goal isn’t just to keep the soul and history of the building, but also to add another: “We want to bring it into the present and into the future.”

Anne Lacaton (b. 1955) is a French architect and partner of Lacaton & Vassal, which she formed in 1989 with Jean-Philipe Vassal. Some of their most significant building projects include Palais de Tokyo in Paris, FRAC Dunkerque in Dunkirk and – in partnership with Frédéric Druot – the redesign of a housing tower in Paris, the Tour Bois-le Prêtre, which was awarded Design of the Year by the Design Museum in England. Lacaton & Vassal have received many prestigious awards including the Grand Prix national de l’architecture (2008), the Heinrich Tessenow Medal (2016), the Simon-Award from Fundació Mies van der Rohe (2017) and the Global Award for Sustainable Architecture (2018). For more see: https://www.lacatonvassal.com/

Anne Lacaton was interviewed by Marc-Christoph Wagner at Bygningskulturens Hus in Copenhagen, Denmark in January 2018. 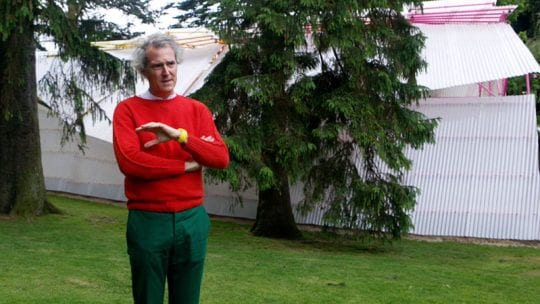 SelgasCano
The Less Architecture the Better