“Architecture is an extension of life.” During his more than 60 years of practice, Indian Pritzker Prize-winner Balkrishna Doshi has made substantial contributions to the evolution of architectural discourse in India, as well as pioneering work on low-income housing. In this extensive interview, Doshi shares the story of how he became the architect he is today, and why he considers a building a living, growing organism. Read more …

Doshi argues that the story of India is the story of finding your footing after a long struggle of dependence – and deciding to improve. Architecture is not only about housing but about creating understanding in people as to “what is the nature of what we had, what we are happy about, proud about? And what are we going to give back in return?” He compares this to a revolution, which begins with nothing:  “And now we are facing the challenges of the new world, the technological world. And I think this is where the whole juxtaposition has happened, and I think this is where I was trying to play my role as an architect.” In connection to this, Doshi also talks about building low-income housing, where the residents – from all social levels – are given the opportunity to expand the house themselves. This, he argues, gives people roots, hope and aspirations: “Variety is there, diversity is there, but most important, identity is there, and community life is there.” In this way, architecture is also about creating a social change: “The moment you empower people, there is hope.”

“You learn co-operation, you learn humility, you learn tolerance, you learn compassion.” Growing up in a house with several generations under the same roof, Doshi feels that family has affected his organic approach to architecture, stemming from how his carpenter grandfather’s house always grew: “There is a flux, there is a constant transformation. There is a constant construction and deconstruction. And therefore, for me, the idea of a static building has never entered.” Doshi goes on to explain that he feels his real education commenced when he began working with the legendary Swiss-French architect Le Corbusier in Paris. Looking at Le Corbusier’s studies, he found that nature and integration played a tremendous role, which taught him a valuable lesson: “Create integrity. If you have integrity, life will happen.” Upon returning to India, he sought to create affordable elements with multiple purposes, looking at affordability, sustainability, viability in regards to Indian conditions, and the possibility of using less sophisticated technologies. Architecture, he finds, is about allowing variations and openness, adding and subtracting, and looking at a larger whole – history, culture, nature, structure, and climate: “Architecture for me now has become a symphony of things which work together, and they play their own music in which everybody has a chance to play his own tune.”

Balkrishna Doshi (b. 1927) is an Indian architect, who is considered a pioneer of modernist and brutalist architecture in India. Doshi has realized a wide range of projects, which include institutions, mixed-use complexes, housing projects, public spaces, galleries, and private residences, adopting principles of moderns architecture and adapting them to local culture, traditions, resources, and nature. From 1951-1954 he lived in Paris, where he worked under Le Corbusier (1887-1965). Upon returning to India, he oversaw Le Corbusier’s projects in Chandigarh and Ahmedabad, which include the Mille Owner’s Association Building. Doshi founded his own practice in 1956, and selected projects include Indian Institute of Management (1977-1992) in Bangalore, Amdavad Ni Gufa (1994) in Ahmedabad, Aranya Low Cost Housing (1989) in Indore, and his architecture studio Sangath (meaning ‘moving together’) in Ahmedabad (1980). Among numerous prestigious awards, Doshi is the recipient of the Pritzker Prize (2018) (the first Indian architect to receive the honour), Officer of the Order of Arts and Letters of France (2011), Global Award for Lifetime Achievement for Sustainable Architecture from Institut Francais d’Architecture (2007), Aga Khan Award for Architecture (1993-1995) (for Aranya Community Housing), and Padma Shree National Award (1976).

Balkrishna Doshi was interviewed by Khushnu Panthaki Hoof at his studio in 2018 in connection with the upcoming exhibition Balkrishna Doshi: Architecture for the People at Vitra Design Museum in Weil am Rhein in Germany in May 2019. 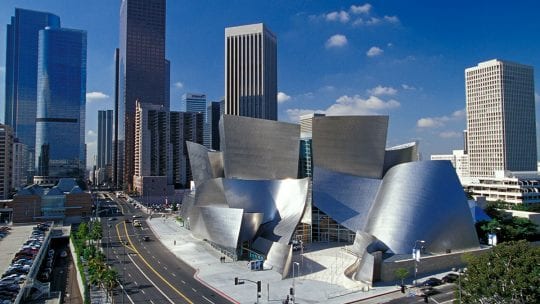 “Take the chance to jump off into the unknown.”

Frank Gehry
Jump Into the Unknown 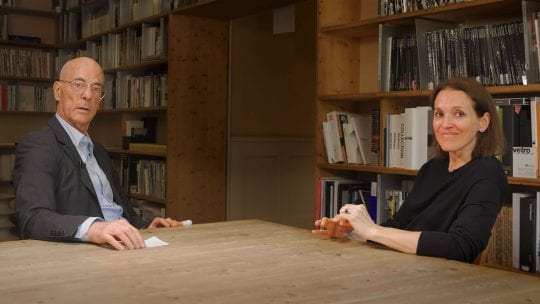 “All of us need beauty to evolve.”