Interview with American singer Becca Stevens, who has been compared to Joni Mitchell by the New York Times. “I like a lot of freedom of expression, and then I also like to not be tied down to one particular thing,” she says about her musical approach.
Read more …

New York based Becca Stevens is a jazz, pop, and folk singer, guitarist and composer, who grew up in North Carolina in an exceptionally playful musical environment. In this interview Stevens talks about her influences and development as an artist. Both Stevens parents were musicians who involved their children in performing musicals and operas, composed by Stevens’ father: “When I was ten I was in a year long off Broadway tour of The Secret Garden.” Stevens explains.

It was a house full of a variety of musical influences and genres, such as Appalachian and Irish folk music and classical music. “Over time I got interested in jazz, and that changed my voice, and then I started taking classical training. Actually, change is not the right word. It was more like, just ‘opening’.” Explains Stevens.

“Lately I’ve been listening to a lot of West African music, which I think has informed things rhythmically in my music.” Becca Stevens smiles. The playful approach to various ‘good’ music as well as a more intimate and natural personal style have all come together in The Becca Stevens Band, a selected group of artists happy to experiment with instruments and genres. Both the debut album Tea Bye Sea from
2008 and the follow up album Weightless from 2011 has received critical acclaim. 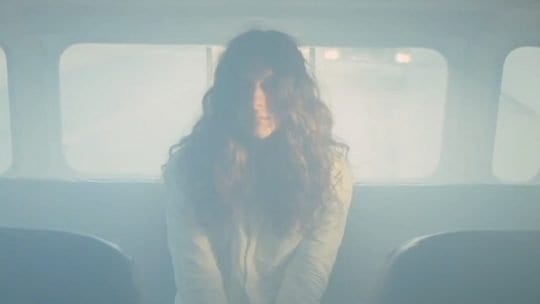