We went to Los Angeles and visited Paul McCarthy, one of the most influential and groundbreaking contemporary American artists, known for his wide-ranging and often disturbing oeuvre. In this video, which is the first part of our series of three videos with McCarthy, he talks about his early years as an artist, and why he began making videos. Together, the three videos offer a unique presentation of the artist’s work and artistic process. Read more …

McCarthy talks about the wave of experimental filmmaking and performances when he was at art school in Utah in the 1960s, and how it prompted him to begin making movies: “At one point I really realized it’s about video.” Having come to that awareness, McCarthy applied to USC Cinematic Arts, thinking that the film world was on the brink of change and that somehow art and film would merge, like in Europe. “I was an alien in that place… You didn’t get to use the camera until you had a script,” McCarthy says of his time studying film, video and art at USC. He came, he explains, from a whole other trajectory – the European art world, happenings and performance, but also his desire to make videotapes: “Video just seemed so interesting at that point, because you could see what you were shooting, and that was critical.” Unlike many of his fellow students, he had no intention of entering Hollywood. For one of his projects, he knocked a hole the size of a film screen in the windowless room he had been allotted, making the image from the street appear like a film being projected: “And it was called my first film, which it wasn’t, but I titled it my first film… And I was really at that point pretty much rejected by the school.” McCarthy goes on to discuss other early conceptual pieces, which verged between film and art, and how he attended CalArts while still enrolled at USC: “And I end up using equipment at the USC dental school and using portapacks out of CalArts.” In the video, McCarthy also talks about his early body-oriented work, and how he at one point began “making sculptures through a persona.” Using goo materials, rubber masks, and stuffed animals in creating a type of performance, he later switched to cartoon characters in the early 1980s: “At that point, I’m not part of any real particular art world. I’m not part of Hollywood at all… There’s no connection of the art world to Hollywood in Los Angeles.” 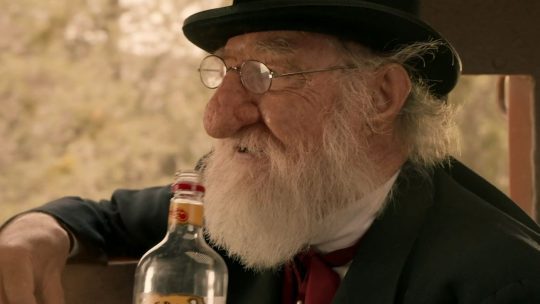