Things fall apart, but they are also reassembled and given new life, in an enlightened form. Meet the New York based artist and filmmaker Bill Morrison in this interview about his haunting experimental collage films ‘Decasia’ and ‘Light is Calling’. Read more …

Bill Morrison works with archival footage in various stages of degradation, cutting the footage to original music made by different composers. The music isn’t background music, but works “in tandem with the images”, Morrison explains.

Morrison works with layers of reality – archaeological layers of time – looking for moments of exquisite decay happening to the film on a chemical level. In ‘Light is Calling’ (2004): “you’re seeing this narrative that was shot in 1926, you’re seeing all the different things that have happened to the film since then, and how they relate to each other.” Based on a scene from a deteriorating print of James Young’s film ‘The Bells’ (1926) which was optically printed and re-edited to a composition by composer Michael Gordon, ‘Light is Calling’ is a meditation on the nature of random collisions.

“There are two different ways of looking at decay, you can look at decay as just part of a cycle, instrumental in reforming your life, and you can also think of decay as the end, and something to be feared and avoided at all costs. Both attitudes are embraced in the film,” Morrison explains. In his research Morrison is looking for “shadows of moments” to be frozen in time. You are looking at things which have survived in a enlightened form, he says.

‘Decaysia’ (2002) is a collection of old shots on nitrate based film in various forms of distress cut to music composed by Michael Gordon. The found footage shows people in various stages of ecstasy, transcending their bodies. The bodies are rotting, but the spirit transcends, and lives on, Morrison explains. When people were filmed they had no idea about the context of the film. The footage has taken on it’s own life. Morrison adds that it’s also a conversation with digital media – because nobody knows how long digital footage would have survived. The old analogue film footage has persevered into a new form, and the spirit is still intact.

The award winning American artist Bill Morrison (b. 1965) is best known for his experimental collage film Decasia. Morrison’s films have been screened at festivals, museums and concert halls worldwide, including the Sundance Film Festival and The Tate Modern, London. Eight of his titles have been acquired by the Museum of Modern Art. His work with Ridge Theater has been recognized with two Bessie awards and an Obie Award. Decasia, his feature-length collaboration with composer Michael Gordon, was noted by J. Hoberman of the Village Voice as “the most widely acclaimed American avant-garde film of the fin-de-siècle.” The director Errol Morris commented while viewing ‘Decasia’ that “This may be the greatest movie ever made.” 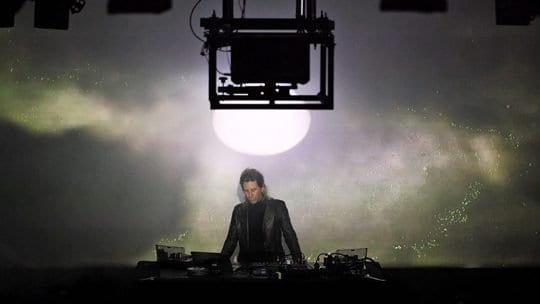