“We do objects, we do exhibitions, we do books, photographs, we are craftsmen, almost. Drawing is one of the most important parts.” Meet the celebrated, award winning design team Bouroullec in this video about the importance of hand drawing. Read more …

”For us, drawing is a little bit like breathing.” To brothers Ronan & Erwan Bouroullec, hand drawing is an incredibly important tool because it contains less information than the detailed reality generated by the computer: ”When you draw by hand, you get a kind of mis-reality, which used to be reality before. When you draw, you can’t have all the information perfect.” Drawing by hand generates a certain meditation, condensing things, and making them more clear, the Bouroullec brothers explain. To them drawing can be a means for researching objects, a design oriented, repetitive kind of movement. But at the same time, drawing can be a more intimate, personal thing, a kind of free space which doesn’t have to be shared with everyone.

Ronan & Erwan Bouroullec (b. 1971 and 1976) are an award winning design team based in Paris, formed by two brothers from Brittany. Bouroullec received the grand prix du jury international at the Paris Furniture Fair in 1998, the best new designer award in New York in 1999, and designed the interior for Issey Miyake’s APOC shop in Paris. In 2011, the Centre Pompidou-Metz hosted a major retrospective on the Bouroullec brothers

Ronan and Erwan Bouroullec were interviewed by Marc-Christoph Wagner in Paris, April 2013. 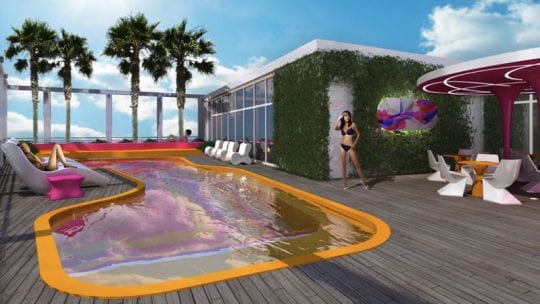 Anders Ruhwald
You in Between