“Mainstream media-consumption is identity formation, in negative and positive senses”

How are we shaped by the movies, tv-series and music we consume? The praised South African video artist Candice Breitz analyses this question in thought-provoking ways. Here she introduces her work, which examins Hollywood movies “almost taking a scalpel to that culture” to see “why you are affected by these movies and why they make us feel and how they make us feel.” Read more …

In her work, Candice Breitz uses found video footage, appropriating video from popular culture. In her two works ‘Mother’ and ‘Father’ from 2005, Breitz examines mainstream Hollywood movies and discovers “very normative, extremely limiting messages about how women should ideally parent, or how men should ideally parent.” Breitz is interested in what it says about us and our limitations. In her works ‘Mother’ and ‘Father’ she exaggerates and dramatizes these ideas about masculinity and femininity and places them in juxtaposition with each other.

“I am hoping that when seeing you go back and see those movies that you bring with the stiffened experience of such storytelling, that is offered to you by works like ‘Mother’ and ‘Father’ and that slowly shift your relationship to consuming those forms,” Candice Breitz says.

“With works like Mother and Father I was really focused on thinking about how that which we consume shapes us and therefore the focus was very on almost taking a scalpel, taking a knife to that culture. As a tool of translation, as a tool of interpretation, cutting it up, reconfiguring it, making it legible in new ways.” Candice Breitz calls her work “a study of fan culture which opens to thinking about consumption as identity formation, in negative and positive senses.”

Candice Breitz (b. 1972) is a South African artist, who works primarily in video and photography. Breitz uses found video footage, appropriating video from popular culture, and came to international prominence with a suite of group video portraits depicting fans singing songs by icons such as Madonna (‘Queen’, 2005) and John Lennon (‘Working Class Hero’, 2006). In recent years, the artist has – with works such as ‘Love Story’ (2016) – turned her focus to the production of empathy and identification in today’s highly mediated culture. Her work has been exhibited internationally at prominent venues such as White Cube in London, South African National Gallery in Cape Town, Kunsthaus Bregenz in Bregenz, The Power Plant in Toronto, Moderna Museet in Stockholm, Palais de Tokyo in Paris and Louisiana Museum of Modern Art in Humlebæk. Candice Breitz’s work has been acquired by prestigious museums such as The Museum of Modern Art and the Solomon R. Guggenheim Museum, both in New York City. In 2017 she represented South Africa at the Venice Biennale with Mohau Modisakeng. She lives in Berlin, where she has been a tenured professor at the Braunschweig University of Art since 2007. For more information on the artist.

Candice Breitz was interviewed by Christian Lund at her studio in Berlin in April 2018. 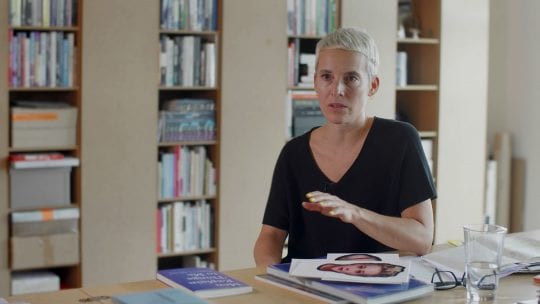 Candice Breitz
Advice to the Young 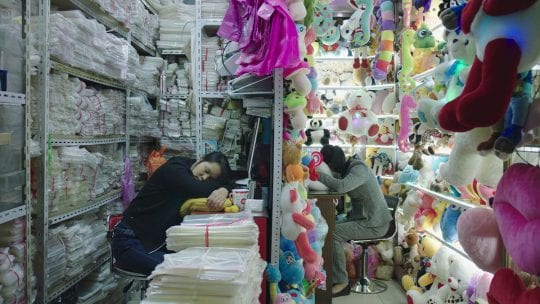 “Art is always political in a way, and not, at the same time. I think maybe it’s free from making clear statements."

Mika Rottenberg
What is the Connection 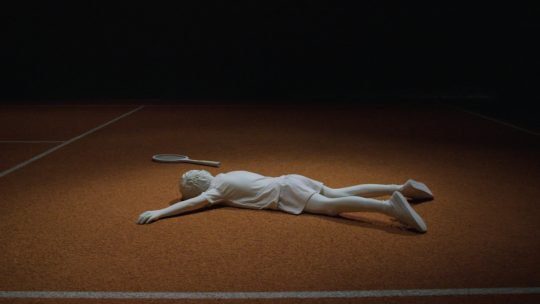