Cecily Brown is considered a central figure in the resurgence of painting at the turn of the century. We met the British painter at her New York studio for a talk about borrowing imagery from other artists, and how she has always responded to dark, scary art. Read more …

“Art was something that seemed very glamorous and dangerous to me as a child.” Brown nurtured an early fascination with the “scary” art, such as Francis Bacon, and would rummage her parents’ art books for the very darkest pictures, e.g. a particular painting by George Grosz of a butcher shop with human meat in it: “I had sneak looks at it, like you might look at Playboy or something.”

Brown, who had been painting naked women for several years, felt an urge to move on to painting men and boys. The painting ‘Young Spartans Exercising’ by Edgar Degas (1860) helped her with this: “Lots of artists are like magpies, where you steal or you take or you borrow what you need from somebody. But then obviously – and hopefully – it gets transformed.” This is characteristic of how Brown draws inspiration from her favourite painters and paintings, absorbing and changing images and ultimately making them her own.

“The element of surprise has to be there.” Brown prefers to “contradict” herself, and to push her paintings to a degree where she actually risks losing something good. She sums up this approach by quoting her friend, German painter Charlene von Heyl: “Take no prisoners.”

Cecily Brown (b. 1969) is a British painter. Brown creates vivid, atmospheric depictions of fragmented bodies, often in erotic positions in the midst of swells of colour and movement. This has made many compare her to painters such as Francis Bacon and Francisco Goya, and she is furthermore credited as a central figure in the resurgence of painting at the turn of the millennium. Brown has exhibited extensively, including at The Saatchi Gallery in London and the Whitney Museum of American Art in New York. Solo shows have also been held at prominent venues such as Gagosian Gallery in Beverly Hills, New York and London, Contemporary Fine Arts in Berlin and Kunsthalle in Mannheim. She lives and works in New York City.

Cecily Brown was interviewed by Kasper Bech Dyg in her studio in New York City, November 2014. 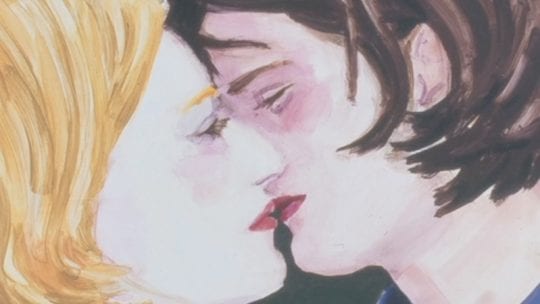