Chigozie Obioma
Reading from ‘The Fishermen’

“Those the Gods have chosen to destroy, they inflict with madness,” says an Igbo proverb. Nigerian author Chigozie Obioma reads from his novel ’The Fishermen,” a tale of fate and brotherly love. Read more …

Obioma’s debut novel tells the story of four brothers who skip school to go fishing at a forbidden river. They encounter a vision-seeing madman whose prophesy of violence will follow the boys throughout their lives. Part Greek tragedy, part family drama and part Igbo folklore, the book has been called ”mythic” and ”a remarkable debut” by Man Booker Prize winning author Eleanor Catton.

Chigozie Obioma (b. 1986) is a Nigerian writer. His first novel, ’The Fishermen,’ 2015, was listed as a New York Times Sunday Book Review Notable Book and in 2015 Chigozie Obioma was named one of “100 Global Thinkers” by Foreign Policy magazine. ’The Fishermen’ has been translated into more than 20 languages. 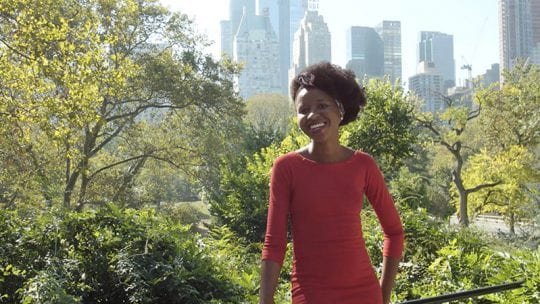 Imbolo Mbue
Everybody Has a Story