Clemens Setz is considered one of Austria’s most successful young authors. In this short video he shares how he always tweaks the final sentence of his books until he ends up with something “that won’t seem like an unfair end.”
Read more …

When Setz gets to writing the last sentence, he doesn’t feel that he’s producing something, but rather that he’s re-reading it: “Usually I feel myself reading it more than writing it, because usually when I write the last sentence I have already worked for some years, so I know everything.”

Clemens Setz (b. 1982) is an Austrian writer and translator, who debuted in 2007 with the novel ‘Söhne und Planeten’. Setz has received numerous prizes for his work, including the Leipzig Book Fair Prize in 2011 for the short story collection ‘Die Liebe zur Zeit des Mahlstädter Kindes’ and Wilhelm Raabe Literure Prize for ‘Die Stunde zwischen Frau und Gitarre’ in 2015. His second novel ‘Die Frequenzen’ was shortlisted for the German Book Prize in 2009 as was his novel ‘Indigo’ in 2012. He lives in Graz, Austria.

Clemens Setz was interviewed by Roxanne Bagheshirin Lærkesen at Rungstedgaard in connection to the Louisiana Literature festival at the Louisiana Museum of Modern Art, Denmark in August 2015. 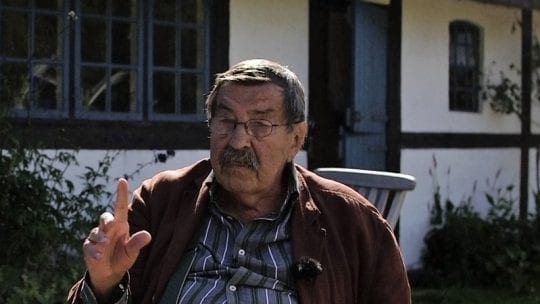 Günter Grass
Our Democracies are Collapsing

César Aira
My Ideal is the Fairy Tale