Dan Stubbergaard, founder of the internationally praised COBE Architects, takes us around his hometown Copenhagen in Denmark to show and discuss what motivates their exciting socially conscious and highly innovative projects. Read more …

“Doing architecture is not a one person thing, it’s a collective effort.” When Stubbergaard was an intern in the Netherlands, he became conscious of the social impact of good architecture and the need to deal with pragmatic issues, society and its current challenges: “It was really a turning point for me as a student to understand that what I was doing, and what architecture was about, was something much bigger than being really good at making a perfect drawing.”

What is really important to COBE when generating social success with architecture is to respect and understand the specific context they work in. This context being not only the physical surroundings but also the social context, which is why COBE has a lot of focus on involving the users. Their work therefore also rests on the premise that everyday architecture matters – building kindergartens, libraries and other public places based on the idea that buildings should embrace people.

When and how do we build monuments for the future? This is also one of the questions that occupies Stubbergaard, who seeks to avoid the sometimes boring aspects of modernism by mixing scale and repetition: “I love the idea that we sometimes – as a society – invest and build for the past, but that it is also about celebrating the future, because it will stand for decades and be a memory of something important way back.”

Dan Stubbergaard (b. 1974) is the Founder & Creative Director of COBE in Copenhagen. COBE is a contemporary community of architects that focuses on architecture and design from buildings to public space and large scale urban planning. COBE was founded in 2005 and has since then gained international recognition through the realization of beautiful and innovative projects. Find out more about COBE Architects and their projects here: http://www.cobe.dk/

Dan Stubbergaard was interviewed by Marc-Christoph Wagner in Copenhagen in the summer of 2014.

Featured in the video: 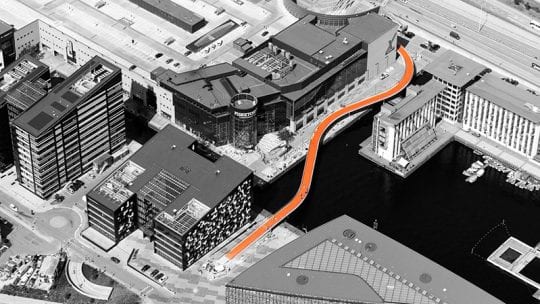 Bjarke Ingels
Advice to the Young