Novelist Colum McCann writes in a cupboard by choice. Watch the charming Irishman discuss with great playfulness how writers are constantly faced with improbable but necessary tasks: “It’s like trying to solve a problem in complex mathematics.” Read more …

“If you’re going to spend two or three years with anyone – or anything – you’d better like it. And preferably love it.” McCann discusses his much-praised novel ‘TransAtlantic’ (2013), which interlaces stories from Irish-American history with fictional narratives of several generations of women in the course of two centuries. By writing from the point of view of women the story belongs to “the anonymous corners of human history”, and through these McCann explores the themes that occupied his mind, such as how contemporary Ireland finally achieved a form of peace in Northern Ireland.

There is no right or wrong way of writing things: “The beauty of it is that you just break the rules constantly.” McCann feels that it’s important to be present in the world, exploring the things you are curious about while also having the luxury of being able to add another layer of understanding and try what it’s like to be someone else. An experience he describes as “radical empathy.”

Colum McCann was interviewed by Synne Rifbjerg at the Louisiana Literature festival in 2013. 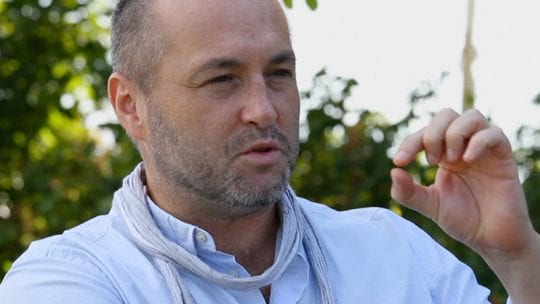 Colum McCann
What Ulysses Did to Me

Taiye Selasi & Colum McCann
We are all Multi-Local