The commended American artist Dana Schutz – viewed by both critics and peers as ‘the ultimate painter’s painter’ – here talks about moving into the medium of sculptures. In the short video, you also get to watch Schutz working on one of her sculptures in her Brooklyn-studio. Read more …

“Similar to the paintings, I have an idea of what it could be, but I feel like it’s way more open.” Working with clay, Schutz explains, she has found that it’s very immediate and has its own tonality to it: “That you can make tone with form.”

Dana Schutz (b. 1976) is an American artist, known for her humorous, gestural paintings that take on specific – often unconventional – subjects or narrative situations as the point of departure. Solo exhibitions include Site Santa Fe in Santa Fe, New Mexico, the Rose Art Museum in Waltham, Massachusetts, The Musée d’art Contemporain de Montréal in Montreal, The Metropolitan Opera in New York and Galerie Emmanuel Perrotin in Paris. She has participated in group exhibitions including at the Venice Biennial, MoMA PS1 and The Museum of Modern Art in New York, Moderna Museet in Stockholm and Kunsthaus Zürich. Schutz’ work can be found in museums and public collections including the Solomon R. Guggenheim Museum, Whitney Museum of American Art and The Museum of Modern Art in New York, Los Angeles County Museum of Art, San Francisco Museum of Modern Art and Tel Aviv Museum of Art. She lives and works in Brooklyn, New York.

Dana Schutz was interviewed by Marc-Christoph Wagner at her studio in Brooklyn, New York in April 2019. 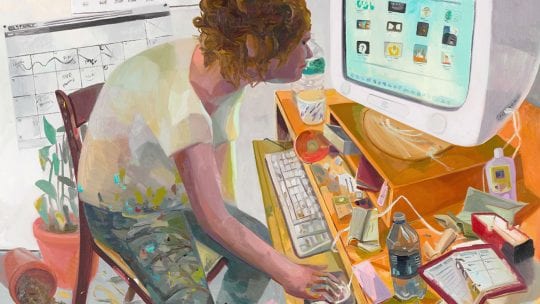 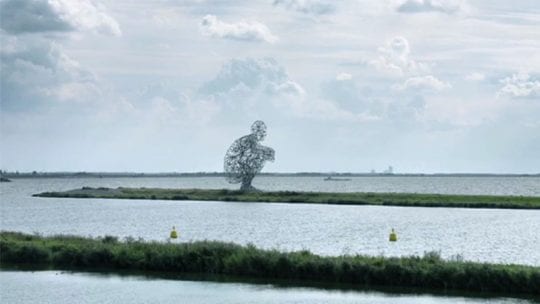