Danh Vo
A Question of Freedom

“Personally I think the icon of the Statue of Liberty has been raped enough, too many people have been claiming whatever stupidity on what freedom might or might not be,” says artist Danh Vo in this interview about his sculptural piece, ‘We the People’. Read more …

With his actual-size but fragmentary copy of the Statue of Liberty, Danh Vo wanted not so much to interpret Lady Liberty, but rather to use it as a platform for people to renegotiate what they consider freedom to be.

‘We the People’ consist of about 250 1:1 scale pieces of the Statue of Liberty. It has been recreated using the same fabrication techniques and cobber material as the original statue created by Frédéric Auguste Bartholdi in 1886. The many pieces are exhibited all over the world, and have to this date never been assembled.

When given Guggenheim Museum’s prestigious ‘Hugo Boss Prize’ in 2012, the jury stated: “Vo’s work illuminates the entwined strands of private experience and collective history that shape our sense of self.”

Danh Vo (b.1975) is an internationally renowned Danish-Vietnamese artist. He was born in Vietnam and came to Denmark at the age of four, as a refugee. Vo has studied at The Royal Danish Academy of Fine Arts in Copenhagen, Denmark and Städeschule in Frankfurt, Germany. His sculptural piece ‘We the People’ was exhibited at the Brooklyn Bridge Park and City Hall Park, New York in 2014. Vo also had two solo exhibitions at the Guggenheim Museum, New York and Musée d’art Moderne de la Ville de Paris in 2013. He currently lives and works in Berlin, Germany.

Danh Vo was interviewed by Kasper Bech Dyg at The Kitchen, in New York, September 2014. 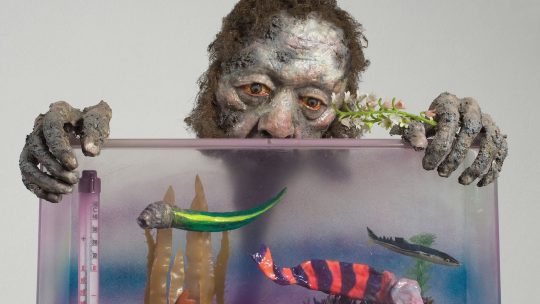 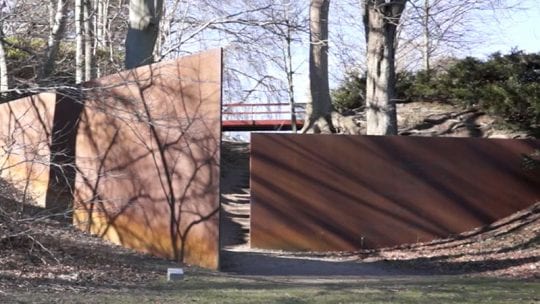 Richard Serra
On ‘Porten i slugten’