Daniel Libeskind
The Voices of a Site

“I’m a New Yorker, I believe in towers.”

“Architecture is the atmosphere, the story that has been created, and you’re part of it.” In this in-depth video, one of the most significant contemporary architects, the lauded Daniel Libeskind, shares the incredible story of his architectural journey, including the much-debated World Trade Center Master Plan. Read more …

Growing up in the shadow of World War II, under the communist totalitarian government in Poland where there was still a pervasive anti-Semitism, the Jewish-born Libeskind had a strong sense of the need for liberty. His parents were survivors of the Holocaust, and though they had no higher education, they were intellectuals “educated through their life and their love.” America offered smiles and new opportunities, and in spite of having very little money, they managed, his father working as a printer, and his mother as a seamstress. When working on the World Trade Center Master Plan in New York City, Libeskind thought of his parents, who represented the people he was building for: “The people of New York, the real people, not the one per cent.”

“Don’t have any goal, have a path.” After the genocide of the World War II, the assassination of Kennedy and the looming nuclear war, Libeskind experienced how the perception of human beings changed, which he feels has formed him: “There must be something more to reality than this fog of lies and illusions that have been build up by strong sources. There must be a freedom, and the freedom in the arts particularly.” Becoming an architect wasn’t in the cards, and he initially started began his career as a gifted accordion player with a brief detour to science. His four-five first buildings – such as the Jewish Museum in Berlin – were made possible because of architectural competitions. Only winning competitions, however, “is a ticket to oblivion,” and you have to be present in order to make it work, which is why he ended up moving to Berlin while building the Jewish Museum: “My career is based on anonymous competitions.”

“Humanity has changed, how can we change with it without sacrificing what is most deeply human, which is some form of freedom and solidary with everything that exists.” When constructing the World Trade Center Master Plan, Libeskind decided to build as little as possible on the site, in order to leave it to the public – to the people. He wanted to transmit a raw memory, but still keep the balance between tragedy and the “paradoxical excitement and beauty of New York in this space.” Building in such an emotionally charged context, Libeskind was under constant attack from the press and more, and particularly the tower of One World Trade Center – the tallest building in the Western Hemisphere – was the subject of much controversy, but as Libeskind argues: “I’m a New Yorker, I believe in towers.” For this project, he needed to be a combination of a poet and a worker, and the Master Plan, as he sees it, is essentially about the beauty of life “and affirming in the face of tragedy, that life goes on in a meaningful way.” Finally, Libeskind argues that an important part of any building is memory, as this is “the earth you dig the foundations into.” Every site has been touched by something that we are not aware of, nowhere is a “tabula rasa,” and this is why you have to make an effort to listen to the earth and voices of the site.

Daniel Libeskind (b. 1946) is a Polish-American architect and co-founder of Studio Daniel Libeskind. His buildings include the Jewish Museum in Berlin, Germany, the Imperial War Museum North in Manchester, the extension to the Denver Art Museum and the master plan for the reconstruction of the World Trade Center site in New York. Libeskind has taught at numerous universities worldwide, including the University of Pennsylvania and Yale University, and he is the recipient of multiple prizes. Among others the 1985 Stone Lion at the Venice Biennale and several RIBA awards. For more see: https://libeskind.com/ 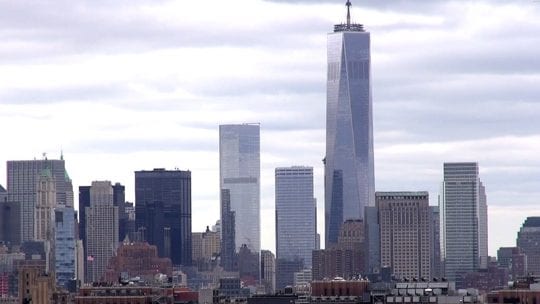