“The look-alikes disappeared underneath Elvis’ skin.”

Meet the praised Belgian artist David Claerbout, who works with moving images that resist information, narration and the passage of time. We visited Claerbout in his studio in Antwerp, Belgium, where he told us about some of his intriguing projects – from creating a 360-degree journey around a room with Elvis Presley, to a completely different take on a classic animated Disney film. Read more …

Claerbout works with what he describes as “virtual image making.” Early on, he knew that his work would be a sort of resistance against information in images as well as a fight between “clock-time” and the plurality of duration: “Which is frightening in a way because it means that you no longer can define a space of time.” In a medium “that is “over defined by clock time,” Claerbout makes pieces that last a millennium, fifteen hours, or a loop of ten minutes, such as in the silent single channel video projection, ‘King’ (after Alfred Wertheimer’s 1956 picture of a young man named Elvis Presley)’ (2015-2016). In ‘King’, we encounter 21-year-old Elvis on the brink of stardom. Claerbout was initially attracted to the fact that Elvis was not at the centre of the picture’s composition: “I love pictures that don’t have a particular core, or a particular depth, a particular point to which everything narrows down.” Claerbout started collecting images of Elvis’ naked skin, stitching them together, and then found two look-alikes which he digitally pieced together and transformed into ‘The King’: “So the look-alikes disappeared underneath Elvis’ skin.”

“I’ve always thought that one of the privileges that an artist has is to have time to waste.” Claerbout also talks about ‘The Pure Necessity’ (2016), which re-imagines ‘The Jungle Book’ from 1967, exploring what happened to the characters of the original movie: “I imagine they have retired. They are very old and lonely.” Claerbout explains how research concerning the effect that enclosure has on animals, sparked the idea to do “the negative version of ‘The Jungle Book’,” sucking out all the energy of the original: “All these things which fundamentally don’t belong to the moving image… Animation is a celebration of life, of inert matter.”

David Claerbout was interviewed by Roxanne Bagheshirin Lærkesen in Antwerp, Belgium in February 2020

Cover photo: From ‘King (after Alfred Werthheimer’s 1956 picture of a young man named Elvis Presley)’ (2015-2016) by David Claerbout. Courtesy of the artist 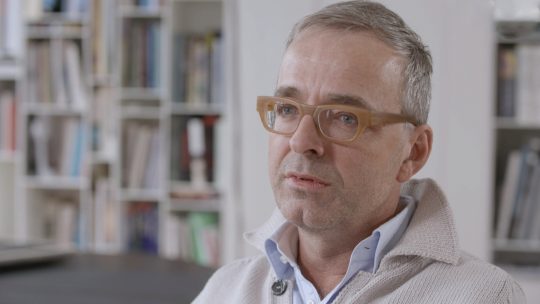 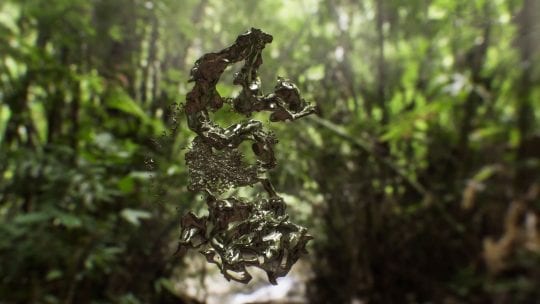