“One tends to think of oneself as being somewhat more functional and dynamic than one actually is.” Join the incomparable David Shrigley for a thorough and humorous talk about making art that some people think is absolute rubbish.
Read more …

David Shrigley, known particularly for his naïve, yet poignant works on paper, started drawing “because I had a lot to say and I could say it very quickly and efficiently.” Often working small-scale at the beginning of his career, Shrigley’s first books were made while the artist was employed as a gallery assistant minding the exhibitions and, in his own words, “being paid to take care of other people’s work. There was a certain irony or paradox there.” Incidentally, the drawings in these books were often about Shrigley’s own boredom: “In a way they were paying me to make art about how pissed off I was working for them.”

Today Shrigley’s work revolves around what the artist calls “slippage”: “I’m interested in the way image and text works together … I try to make images that don’t illustrate text and text that doesn’t describe the image.” His work is a proposition to which there will be different answers. The worst, he says, is if people find it boring: “Saying it’s rubbish is fine! But saying it’s boring, I guess that’s pretty damning criticism.”

David Shrigley (b. 1968) is a British visual artist, perhaps best known for his distinctive drawing style and works that make satirical comments on everyday situations and human interactions. Shrigley works across a range of media including large-scale installation, animation, painting, photography, music and sculpture. He has held solo exhibitions at venues such as Stephen Friedman Gallery in London, Galerie Yvon Lambert in Paris, Transmission Gallery in Glasgow and Galleri Nicolai Wallner in Copenhagen, and his works are included in prominent collections internationally, including the Museum of Modern Art in New York, Art Institute of Chicago and National Gallery of Victoria in Melbourne. In 2013, Shrigley was a Turner Prize nominee. He is based in Brighton, England. For more about him see: http://www.davidshrigley.com/

David Shrigley was interviewed by Christian Lund at Galleri Nicolai Wallner, Copenhagen in January 2016 in connection to his exhibition ‘Coloured Works on Paper’. 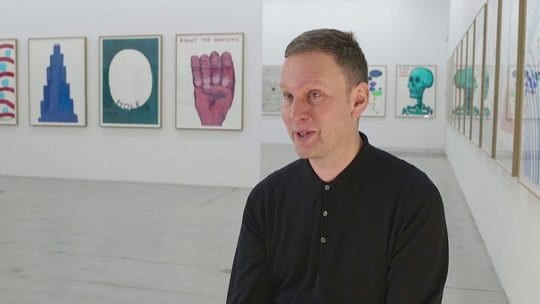 David Shrigley
Advice to the Young 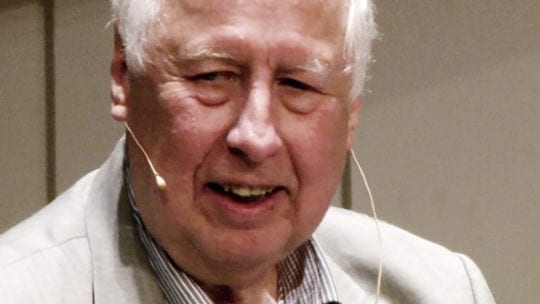