The award winning American writer David Vann, known from ‘Caribou Island’ and ‘Legends of a suicide’ tells about the painful struggle between truth and fiction in his work dealing with his father’s suicide when he was 13 years old. Read more …

Due to suicide, David Vann (b. 1966) lost his father at the age of 13. In this interview he connects his own life-story to his novel ‘Legend of a Suicide’. For more than 12 years the book didn’t find a publisher, today it is an international bestseller, that has won various prices. Furthermore, Vann speaks about the importance of routine in writing and working with language. Vann compares writing to therapy, though he finds, that true literature is far more than that, in books and stories we might find something, that was formerly looked for in religion.

David Vann was interviewed by Tonny Vorm during the Louisiana Literature festival 2012. 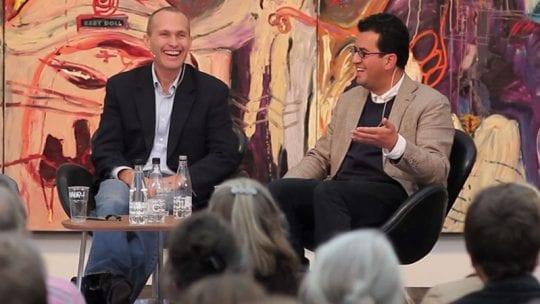