“Life is not about essays.”

“I think that the funniest and some of the best writing in the English language is on those one-star hotel reviews on TripAdvisor … the energy and creativity that goes into them is kind of remarkable,” says Douglas Coupland, author of the cult novel ‘Generation X: Tales for an Accelerated Culture’, in this video where he shares his thoughts on writing. Read more …

Coupland is interested in how you can “get lost in an internet hole,” and so, plot-wise, he tries “to create lateral experiences that you weren’t expecting.” This is also a response to the formulaic programmes that claim that they can teach you how to write: “Which I can only imagine leads to the most dreadful kind of books.” He never uses a notepad – “Writers are very superstitious, and I’m very superstitious”– but instead asks for a pen and a piece of paper wherever he is so that he can write things down, put the paper in his pocket and place it in a jar when he returns home. At some point, Coupland explains, he has an experience, which he compares to “being pregnant with a book.”

The Canadian author also talks about his almost anthropological approach to writing ‘Generation X’, where he felt like he was documenting a group of people: “Once we were gone, a whole way of life would have vanished with us, and so it was the opposite of pattern recognition, it was a write or die. If I went, it was like a language was going to go with me.”

Douglas Coupland (b. 1961) is a Canadian novelist and artist. His first novel, the 1991 international bestseller ‘Generation X: Tales for an Accelerated Culture’ (1991) popularized terms such as “McJob” and “Generation X”, and helped bring about a new era of transgressive fiction. Other novels include ‘Eleanor Rigby’ (2004), ‘jPod’ (2006), ‘The Gum Thief’ (2007), ‘Generation A’ (2009) and ‘Worst. Person. Ever’ (2013). Coupland is also the author of short stories, non-fiction, dramatic works and screenplays for film and television. His art exhibits include venues such as Vancouver Art Gallery and Museum of Contemporary Canadian Art. Coupland is a member of the Royal Canadian Academy, an Officer of the Order of Canada, an Officer of the Order of British Columbia, a Chevalier de l’Order des Arts et des Lettres, and recipient of the Lieutenant Governor’s Award for Literary Excellence. For more see: https://www.coupland.com/about

Douglas Coupland was interviewed by Kasper Bech Dyg at Kunsthal Charlottenborg in Copenhagen, Denmark in August 2016 in connection with CHART Art Fair. 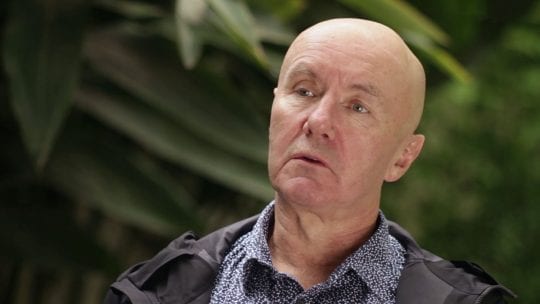 “You can’t sit in your bedroom all day and suddenly expect to concoct a masterpiece."

Irvine Welsh
My Books are about Transition 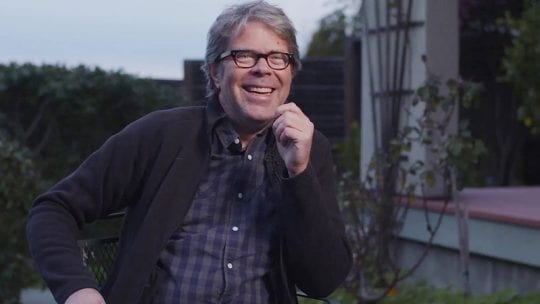 Jonathan Franzen
Books Made Me Survive