"The ability to tune into someone else’s emotional well-being is helpful as a writer."

In this interview the writer of the best-selling novel ‘Shuggie Bain’ talks about his inspiration. Read more …

“When I look across all my work what unites it is I am always thinking about queerness from a working-class point of view, which is a very underserved place in literature. Often when we read about a queer character often it is someone from the middle class or higher middle class”.

“I write about tender souls in very hard places. I am always striving to get to the bottom of what makes a family. Even though my next book is a much more propulsive-driven book than Shuggie Bain and deals with sexuality in a very different way than Shuggie does, it is still about people who feel excluded from patriarchy”.

Douglas Stuart grew up without many books. “I discovered the power of books at 17 when my mother has died. Thomas Hardy was one of the first writers I read, to travel in place and time, just blew my mind“.

“When I lost my mother at 16, I was reeling for most of my adult life and at 44 I am still not over it. It was such a love that felt incredibly wasteful. Now as a man I would do anything to reach back through time and use all the resources I have as an adult and scoop my mother up. That compulsion brought me to the page. Her defiance, her pride, her wit, her absolute belief in herself, the star of her own movie even though the landscape behind her was incredible grey.”

“One of the most perverse things about having a parent who is suffering from addiction is that the role of caregiver and child flips. When you are a child who is suffering from a parent with addiction that parent is the center of the universe because all of the caring concern has to turn to them: Are they going to be okay? We have a good Tuesday, but is Wednesday going to be terrible? As a child you learn that very, very quickly, so you never have that sense of yourself as the center of things, it is always the parent who is struggling. Even though you don’t have agency as a child you try so hard. If you can be brighter, funnier if you can distract the parent, keep the house clean, anything that will alter their behavior and perhaps not make them turn into the drink. That is a lot of the trauma that Shuggie goes through in the book, he is always reading the weather as it comes into the room. “

“I also often think as a young boy who is a son of a single mother, I was often exposed to this inner sanctum of women which young boys don’t get to see. My mother couldn’t afford a babysitter, so I just orbited her. As a young boy, I thought, why am I here, but as an adult and writer although it was not an experience I had wished for as a child I am incredibly lucky to have seen the inner world of that. And I draw a lot on that when creating the female characters of my work.”

I was aware of the literature in the United Kingdom of working-class books, like James Calvin and Irving Welsh, but they are often told from a man’s point of view and in a masculine form. In writing Shuggie Bain I almost wanted to exclude men and really focus on the feminine.”

Douglas Stuart (born 1976, in Glasgow) published his debut novel ‘Shuggie Bain’ in 2020. It won the Booker Prize 2020 and the Fiction Debut of the Year 2021 – British Book Awards. ‘Shuggie Bain’ was a finalist for several prizes: the National Book Award for Fiction, The Pen Hemingway Award, The Kirkus Prize for fiction, among many others. In 2022 Douglas Stuart is to publish his second novel, ‘Young Mungo’, described as a vivid portrayal of working-class life and the story of the dangerous first love of two young men. 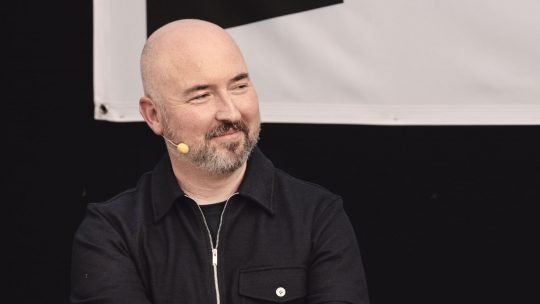 "I was queer in a place that was incredible masculine." 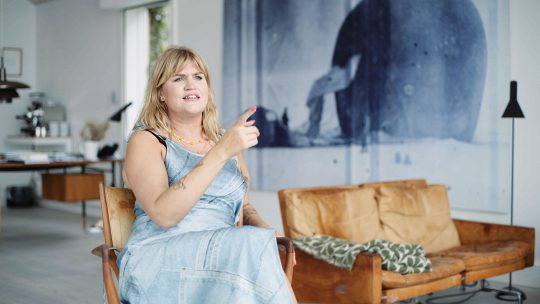 "It's cool to play with the commercialization of literature because it's so prohibited and crude and in such bad taste.” 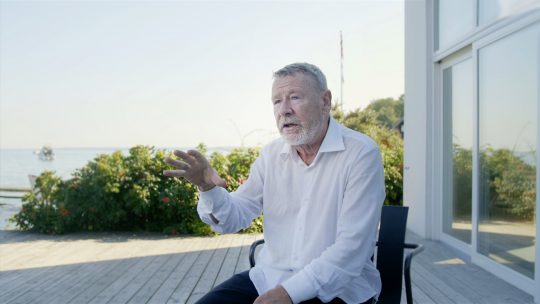 Tomas Espedal
The Role of the Writer

“In art, you have to let go somehow. That’s where the braveness comes in.”

Karl Ove Knausgård
The Other Side of Edvard Munch

“I love this meeting between the romantic concept of life and life itself.”