“Who the fuck cares if Gwyneth Paltrow publishes a cookbook?"

American writer Erica Jong – especially noted for her novel ‘Fear of Flying’ – tells it like it is in this video, where she expresses her attitude toward publishers: “They’re thinking about the bucks – they’re not thinking about the future.” Read more …

“I get tired of the publishing world, which I think is very badly behaved at the moment.” The way publishers prioritize is inexplicable to Jong, who feels that you’re judged by how many copies you sell rather than the quality of your work: “Who the fuck cares if Gwyneth Paltrow publishes a cookbook? I don’t. Probably the recipes aren’t even her recipes.” By that short-sighted standard, two of the greatest 19th century American poets, Walt Whitman and Emily Dickinson, wouldn’t even have been known today, as one was self-published and the other not published at all. 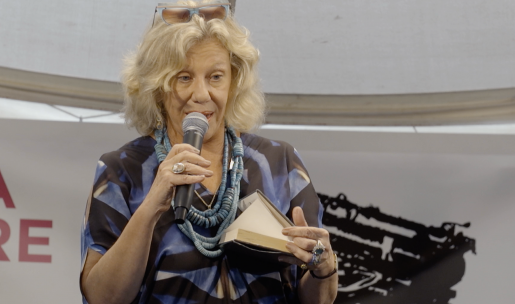