Ernesto Neto
Force of the Forest

“This voice from the forest comes from a spiritual knowledge, where everything is sacred – not far away in heaven, but right here on the planet.”

Immerse yourself in the colorful works by Brazilian artist Ernesto Neto who for thirty years has been weaving sensual sculptures out of Nature, often collaborating with indigenous people of the Amazonas as his “teachers”. Read more …

“My way of presenting Nature and trying to find an idea of Nature comes from modernity,” says Neto about the process of limiting information to be able to concentrate it even more in certain structures. “In the beginning, my work was often off-white, then I began to have colors because there are colors in the world, then a much more material-like dimension, much more hand-made work, to bring more humanity and our body to this dimension,” says Ernesto Neto about his work that often invites the viewer to experience his work lying on the floor. “We are building this force of the forest that is called ‘voice of the forest’ and this voice has existed for a long time. There is a forest in Rio de Janeiro, where we have these big mountains, seas, lakes, and the symbiosis that the plants grow together has been very important for me”

“I understand Nature from another dimension, and understanding that was already inside of me, because I’ve been trying to understand Nature and think about Nature through the art, for thirty years,” Neto says. Neto has collaborated with The Huni Kuin ingenious people of Brazil and Peru in making the exhibition shown in the video. “It was a huge revelation for me, hearing them speak, it is the voice of the bird and the river, the whole Nature is speaking. And what is important is that this voice is alive, and they can teach us this voice, so they are becoming my teachers.” “They are all artists, and art for them is not just something for you to see and think about. Art is in their daily life, on their clothes, in their instruments, it is not something outside their daily life,” Neto says. “The negative spirits and the negative thinking are always coming to us, so we need to clean all the time. The negative generates sickness because we are not balanced spiritually. The spirit has always been working with that,” Neto states.

“It is important to create space for people to interact. When people lay down, they may begin to talk with each other, without knowing one another and it is a healing process. The spirit of the interaction of the work is very important for me and for the Brazilian tradition. The spirit of interaction is in the samba, people playing music, dancing together, everybody doing the same together. For the indigenous people, the most important is the drive, to be here on this planet.”

“We have become so full with vanity, thinking that we are bigger than the animals, the rivers, and the mountains. There is something that is beyond, that is Nature and this is something that connects us to the planet. Culture separates us, nature unifies us. We need to unify, to stop this fight, this war, this hate that has been spread. We need to cultivate joy, not hate. Art is the place of friendship, it is the only place for subjectivity that has a place in this objective society we are living in today. The indigenous voice can be very helpful for anyone of us.”

Ernesto Neto has created Rui Ni / Voices of the Forest in collaboration with Txanabane and his Huni Kuin family.

Ernesto Neto (b.1964 in Rio de Janeiro, Brazil ) is considered one of the most important contemporary artists in Brasil. Since the late 1990s, Neto has created interactive, immersive sculptural environments using translucent, stretchable fabric. His work has been widely presented in for instance in Hayward Gallery in London and the Venice Biennale in 2017. His work is part of permanent collections such as the Tate Gallery in London, the Centre Pompidou in Paris and the Museum of Modern Art in New York.

Ernesto Neto was interviewed by Stinna Toft at Kunsten Museum of Modern Art, Aalborg, in 2016, in connection with the exhibition “Ernesto Neto – Rui Ni / Voices of the Forest”. Installation photos from the exhibition shown in the film are by Anders Sune Berg, who also made the photo used as the video’s ‘cover photo’. 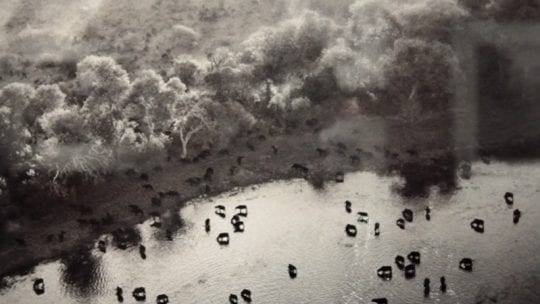 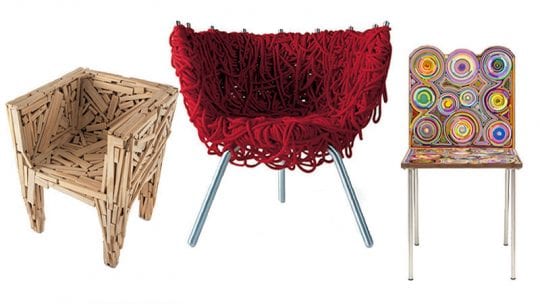