George Condo was part of the 1980s wild art scene in New York. In this video, recorded in his New York-studio, the iconic artist shares his life-long love of drawing and thoughts on his artistic expression, which he describes as “artificial realism.” Read more …

”I kind of draw like you’re walking through the forest, where you don’t really know where you’re going, and you just start from some point and randomly travel through the paper until you get to a place where you finally reach your destination.” Condo studied music theory at college, but soon realised that it was too formal and rigid for him, and that he needed an art form that would give him more freedom. However, he still approaches his art like a musician, working fast and following the rhythm of the drawing or painting without “missing any of the notes.” The tempo, he feels, is very important when it comes to art.

Condo wants his work to contain clear references to the different artists – from Picasso to Velasquez – they’re inspired by, but with a twist. His painting or drawings are about finding a way in which one can capture a person’s humanity through a portrait – capturing not just the outside but also the inside. Moreover, Condo aims to “turn negatives into positives”, portraying “the ordinary characters that make up our lives, whether it’s the janitor or the bus driver or the school teacher or the principal or the mailman or the truck driver. These are not the glamorous people that you see on the cover of Vogue Magazine, but they are what the world is composed of. And to give them a spot in the world is what I always admired about Rembrandt to a certain degree…”

“I love drawing as much as painting, so why not make your paintings from your drawings, but literally have there be no defined sort of hierarchy between the two mediums?” Condo started making “drawing-paintings”, where you can’t distinguish e.g. paint from pastel, or a line made with a paintbrush or a line drawn in from and thus making the two mediums equal: “There’s no real difference between figurative painting or abstract painting, ‘cause it’s all painting to begin with… You don’t’ have to follow any rules as a painter. If you’re making an abstract painting it doesn’t mean eventually it can’t morph into a figurative one.”

When a famous art historian asked Condo what he called the form of work he did, Condo thought of the description “artificial realism”. Artificial realism gives the painter the opportunity to go back and paint something in a realistic way while still portraying all that which is artificial in our world. In continuation of this, he finds that now everything seems to be “artificial realism” with the fake news that is all around us: “Art is the truth, and everything else is a lie.”

George Condo (b. 1957) is an American contemporary visual artist working in the mediums of painting, drawing, sculpture and printmaking. Condo mixes input from art history’s masters – such as Velasquez, Manet and Picasso – with elements of American Pop Art. He distorts and renews this material so that it stands out and becomes his own: a kind of strange hybrid that blurs boundaries between the comic and the tragic, the grotesque and the beautiful, the classic and the innovative. As part of the wild art scene in New York in the early 1980s, Condo was close to painters such as Jean-Michel Basquiat and Keith Haring, and worked for Andy Warhol’s Factory, applying diamond dust to silkscreen. Condo’s work is in the permanent collections of MoMA, the Whitney Museum, The Solomon R. Guggenheim Museum and the Metropolitan Museum of Art in New York, the Broad Foundation in Los Angeles, Tate Gallery in London, Centre George Pompidou in Paris and Astrup Fearnley Museum of Modern Art in Oslo, among others. He is the recipient of an Academy Award from the American Academy of Arts and Letters (1999) and the Francis J. Greenberger Award (2005). Condo lives and works in New York City.

George Condo was interviewed by Kasper Bech Dyg at his studio in Soho, New York City in September 2017. 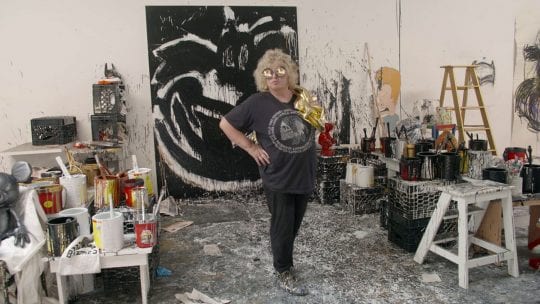 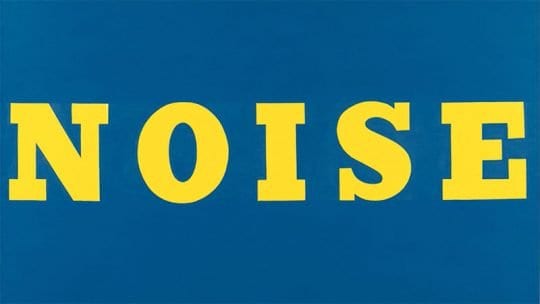