Meet the ‘shamaness of poetry’, Hiromi Itō, who is regarded as a defining force in Japan’s literary world. In this video portrait, she talks openly of writing unflinchingly about her own body and how she experiences – and is even excited by – the connection between sexuality, death and pain. Read more …

When Hiromi Itō started writing about controversial feminist subjects, such as her sexuality, her menstruation, and her uterus, her father expressed his acceptance but asked her not to continue for the sake of her mother – who in turn did the same. But Itō continued nonetheless, writing about all aspects of her own body – including the sexual organs – in the same way as if she was “simply writing about her hands.” In response to the male-dominated manga she had read, she wanted to be at the center of her writing as ‘the hero.’ Since then, Itō has continued to write honestly about her experiences, like in the famous poem ‘Killing Kanoko’, where she describes how she struggled with postpartum depression – a subject which not many addressed at that time: “When I was holding Kanoko, I was thinking: If I drop her now, she will cry… stuff like that,” However, Itō emphasizes that she never harmed any of her children.

Hiromi Itō (b. 1955) is a considered one of contemporary Japan’s most important writers, and has written several poetry collections, novels and essays. Itō is known for writing about subjects such as female sexuality, menstruation, pregnancy as well as the fantasy of killing one’s newborn child. Her many collections of poetry include ‘Killing Kanoko’ (2009) and ‘Wild Grass on the Riverbank’ (2015). Itō is the recipient of major literary awards such as the Noma Literary Prize (1999) and the Tamaki Jun Prize (2006). 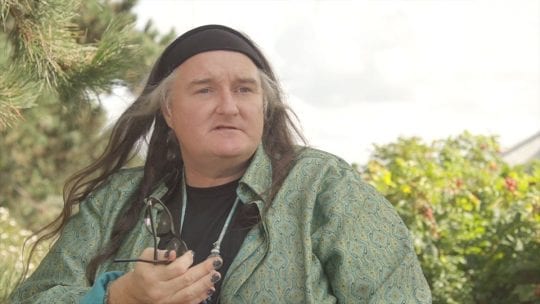