Irvine Welsh
My Books are about Transition

“You can’t sit in your bedroom all day and suddenly expect to concoct a masterpiece."

The novels of Irvine Welsh, such as the chart-topping ‘Trainspotting’, have resonated for so long because they are about transition. The characters are adjusting to a different way of life and face “post-industrial adjustment,” reacting to “the emotional and physical redundancy,” says the Scottish author in this extensive video about his writing. Read more …

Welsh grew up in a working-class family, surrounded by storytellers, everyone performing the “the most incredible and outlandish, and hilarious and funniest stories.” This, he feels, is what formed him as a writer. His two passions were sports and arts, which were difficult to combine: “You weren’t really allowed to do both. I kept on getting into trouble because I wouldn’t focus on one thing or the other. I had two different sets of friends.” Welsh had a period of heroin abuse, and as there wasn’t’ any apparent psychological reason behind it, it was primarily the physical side he had to deal with when quitting. The novel ‘Trainspotting’ was a way for him to figure out how he got into that place of abuse and was primarily based on his journals from that time. However, he was very aware of the necessity of getting “past yourself” when writing and so constructed different characters, which he “put together in a room and let them tell the stories.” The Scottish author finds it interesting how the success of something, such as ‘Trainspotting’, alters people’s perception of it – and of you: “You go from being this kind of junky loser, that’s written this memoir, into this massively talented person. Neither of these things is true, but life is very perceptual in that way.”

Irvine Welsh (b.1958) is a Scottish novelist, short story writer and screen- and playwright, who has been dubbed ‘the poet laureate of the chemical generation’. Welsh, whose work is characterized by a raw Scots dialect and brutal depictions of Edinburgh life, shot to fame with the publication of ‘Trainspotting’ in 1993 – the book became a worldwide phenomenon and has sold almost 1 million copies in the UK alone. Welsh is the author of several novels and short-story collections including ‘The Acid House’ (1994), ‘Marabou Stork Nightmares’ (1995), ‘Ecstasy: Three Tales of Chemical Romance’ (1996) – which became the first paperback original to go straight at No1 on the Sunday Times bestseller list –, ‘Filth’ (1998), ‘Glue’ (2001), ‘Porno’ (2002), ‘The Bedroom Secrets of the Master Chefs’ (2006), ‘Skagboys’ (2012), ‘The Blade Artist’ (2016) and ‘Dead Men’s Trousers’ (2018). Several of his novels have been adapted into plays and films. Welsh, who also occasionally works as a DJ, currently lives in Dublin and Miami. For more see: http://www.irvinewelsh.net/

Irvine Welsh was interviewed by Christian Lund in October 2018 in Buenos Aires, Argentina. 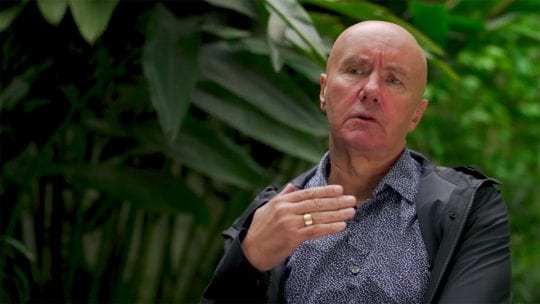 Irvine Welsh
Advice to the Young 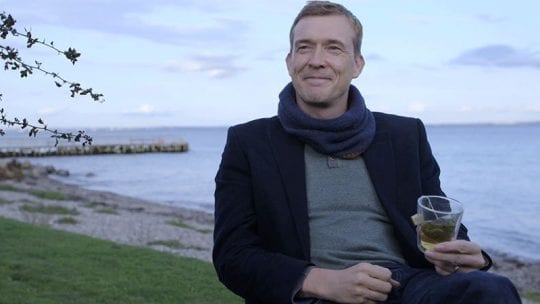 David Mitchell
Stories Have a Number of Beginnings