“I can’t capture the past, but the things in front of me are an extension of the past.” Meet one of the most prominent figures in contemporary photography, award-winning Japanese photographer Ishiuchi Miyako. In this video, Miyako shares the story behind some of her most pivotal and pioneering works. Read more …

When she began taking photographs, Miyako enjoyed developing the pictures in the darkroom: “The darkroom was like a womb for me.” Inside it, she explains, she was cut off from the rest of the world: “And from there, a new world was born.” The photographer talks about the starting point of her career, ‘Yokosuka Story’ (1976-77), where she returned to the town of her childhood, Yokosuka, which had an American naval base: “I had been deeply wounded by that town. But after having taken photos of it, it was like a new start.” The photos became a way of retracing her steps to be able to move forward, which also became symptomatic of her following series, ‘Apartment’ (1977-78) and ‘Endless Night’ (1978-80). These projects, she feels, was like turning wounds into pictures: “All my feelings were printed in these photos.”

On the brink of turning forty, Miyako began thinking about how to capture time in her photography. The body, she resonated, accumulates time without letting it out. Hence, time is gathered in the body, which is why she began photographing the hands and feet of fifty women born the same year as her for ‘1·9·4·7’ (1988-89). Doing these photographs, she took an interest in scars, leading her on to the series ‘Scars’ (1991-2017): “Scars are almost like photos. Old photographs. Just like old photographs contain time, the scars are fixated on the body and become part of it.” Miyako also discusses her lauded ‘Mother’s’ (2000-2005) series in which she documented her mother’s possessions as a means of coming to terms with her death: “Things left behind when someone dies have been important for that person. But for other people, it’s just garbage. I really felt the sadness of these things.” Following, she was commissioned to photograph clothing worn by people during the Hiroshima nuclear bombing of 1945 (‘ひろしま / hiroshima’, 2007-2010): “The things in front of us contain the passage of time. They make you think about the meaning of time gone by. That is what I do with my photos,” she explains, adding that she has never subscribed to all the different photographic theories: “I just thought that photos would make history. I wanted to be someone who makes history.”

Ishiuchi Miyako (b. 1947) is a Japanese photographer. In 2005, Miyako represented Japan at the 51st Venice Biennale with her work ‘Mother’s’ (2000-2005). She has been the subject of solo retrospectives at the J. Paul Getty Museum (2015) and the Yokohama Museum of Art (2017), among others, and her work is held in the collections of MoMA in New York and the J. Paul Getty Museum in Los Angeles. Miyako’s accolades include the Kimura Ihei Memorial Photographic Award (1979), and the 2014 Hasselblad Foundation International Award in Photography.

Ishiuchi Miyako was interviewed by Mette Holm in her home in Kiryu, Japan in March 2020. 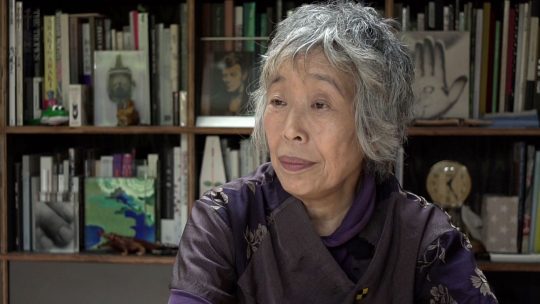 "If you think it should be easy, you will never accomplish anything."

Ishiuchi Miyako
Advice to the Young 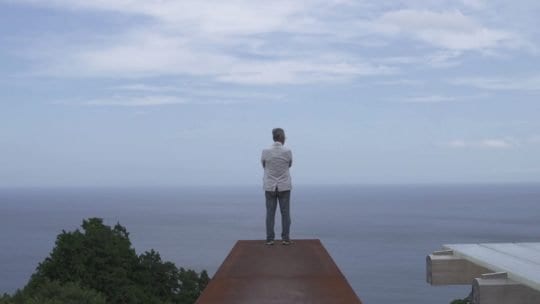 Catherine Opie
Portrait Through a Home