Death threats from neo-Nazis was just one of the many extreme responses to the English artist duo Jake and Dinos Chapman’s controversial and much debated exhibition of modified watercolours by Hitler. Hear their thoughts on the divisive project. Read more …

When choosing to work with Hitler’s watercolours, Jake and Dinos Chapman wanted to confront the idea that a work of art can reveal something about a person – that it has a latent sense of self-expression – and why then the presence of foreboding evil is in no way represented in Hitler’s paintings: “The work is blank.”

“Using My Little Pony to kick Adolf Hitler is entirely appropriate.” By adding little rainbows and other such motifs, Jake and Dinos Chapman sought not only to transgress the paintings’ metaphysical value of evil but also to alter historical documents to the point where they became theirs rather than history’s: “The idea of Hitler turning in his grave because we painted rainbows on his pictures is fantastically pleasurable.”

Iakovos “Jake” (b. 1966) and Konstantinos “Dinos” (b. 1962) are English visual artists, often known as the Chapman Brothers, who began their collaboration in 1991. The brothers often use plastic models or fibreglass mannequins in their work, exploring the theme of the anatomical and pornographic grotesque. They are known for their deliberately shocking and controversial subject matter, including the series of works featured in this video, which appropriated 13 original watercolours by Adolf Hitler, to which they had added hippie motifs: ‘If Hitler Had Been a Hippy How Happy Would We Be’ (White Cube, 2008). Similarly, they had previously manipulated a selection of Spanish painter Francisco Goya’s drawings in the series ‘The Disaster of War’ (1999) with chilling and sometimes comic effect. They have exhibited extensively, including solo shows at Tate Britain (2007), Kunsthaus Bregenz (2005) and PS1 Contemporary Art Center, New York (2000). Both live and work in London.

For more about Jake and Dinos Chapman see here: http://jakeanddinoschapman.com/everything/

Jake and Dinos Chapman were interviewed by Christian Lund at David Risley Gallery, Copenhagen in connection to the exhibition ‘Come, Hell or High Water’ in November 2014. 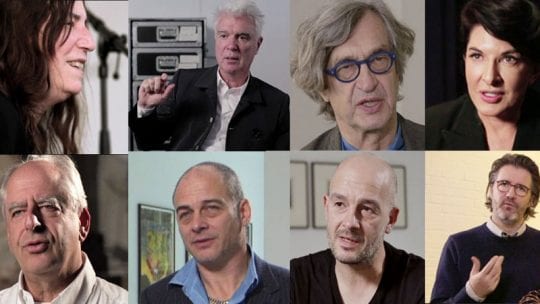 8 Artists
Advice to the Young 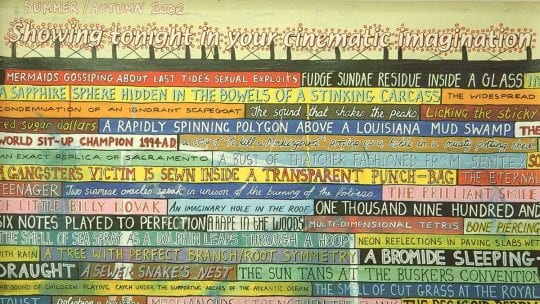 Keith Tyson
A Pattern of Mystery