“We now know that first, we form the cities, but then the cities form us.” Meet the 81-year-old Danish architect Jan Gehl, who for more than fifty years has focused on improving the quality of urban life by helping people “re-conquer the city.”
Read more …

“We know that architecture and city-planning has an enormous influence on the patterns of life.” Gehl finds that the architecture of the last 12-15 years has changed for the better globally, and that there is much more focus on letting people move around without cars. By doing this, one also avoids the so-called “sitting syndrome”: For many years, people were invited to sit down, but now, architects must invite them to get up, to walk and to bike. In connection to this, he believes that when you make a successful city, you have to keep in mind the “human scale.” This is evident in e.g. Venice, where the streets are made for walking rather than driving: “Small dimensions actually work as long as we are moving on our feet, and moving with the speed we’re made for.” Moreover, including the young and the old is the ultimate seal of approval: “If you see a city with many children and many old people using the city, the public spaces, then it’s a sign that there’s a good quality for people in that particular city.”

Jan Gehl (b.1936) is a Danish architect and urban design consultant, who has focused on improving the quality of urban life by re-orienting city design towards the pedestrian and the cyclist – Copenhagen’s car-free zone Strøget, one of the longest pedestrian shopping areas in Europe, is primarily the result of Gehl’s work. In 1971 Gehl published his influential book ‘Life Between Buildings’. In 2007-8, he was hired by New York City’s Department of Transportation to re-imagine New York City streets by introducing designs to improve life for pedestrians and cyclists. Among several prestigious awards, he is the recipient of the Sir Patrick Abercrombie Prize (1993), the EDRA Award (1998), the 2009 NYC Award and the Prince Eugen Medal (2011) for outstanding artistic achievement in architecture (Denmark). Gehl is a founding partner of Gehl Architects. For more see: http://gehlpeople.com/story/

Jan Gehl was interviewed by Marc-Christoph Wagner at ‘Gehl – Copenhagen’ in Denmark in March 2017. 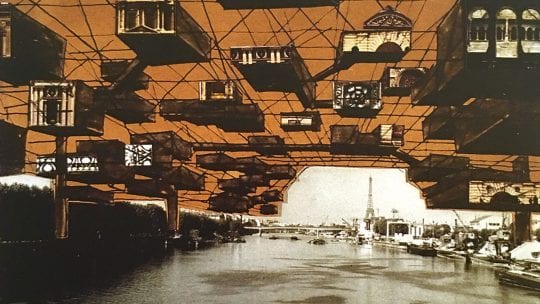 “We need to get back to elasticity.”