"We want to disrupt the fabrics of reality."

Colony Sounds is a total installation work created specifically at the ARoS Aarhus Art Museum in Denmark in 2019. It consists of eleven rooms and three video works called Floating Chain, Mercury City, and Scenario in the Shade, also knowns as the San San Trilogy.

The San San Universe was originally imagined in the ’60s by the writers Herman Kahn and Anthony J. Weiner. The idea was to have a fictional mega-city by the year 2000 called San San that would stretch from San Diego to San Francisco in California. Jonah Freeman and Justin Lowe have put this idea in the center of Colony Sound and created their version of what this city would look like, and consist of.

“We use everyday objects and try to displace them from their normal use”. Architecture as an immersive sculpture is at the center of our practice, Freeman explains, hence the numerous artifacts of Colony Sound such as hybrid plant mineral sculptures, a burned-down recording studio made of wax, a laser copy machine cast entirely in black rice, and a room filled with cobber. All of which are ideas established and created to bring forward the parallel universe of San San.

Jonah Freeman (b.1975) and Justin Lowe (b.1976) started working together in 2008, and they have had solo exhibitions at Art Basel, The Museum of Contemporary Art, Los Angeles, CA. and ARoS Aarhus Art Museum, Denmark. They live and work in Los Angeles, CA., and New York, NY.

Jonah Freeman and Justin Lowe were filmed in their exhibition, Colony Sound, at the ARoS Aarhus Art Museum in Denmark in 2020. 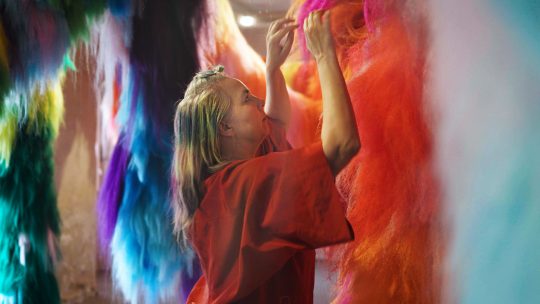 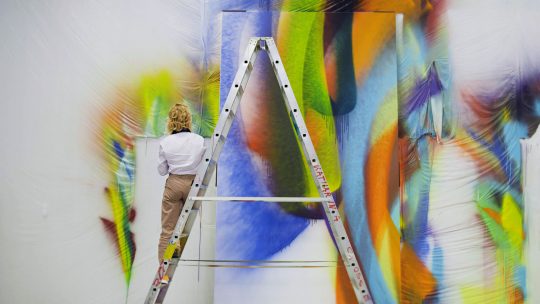 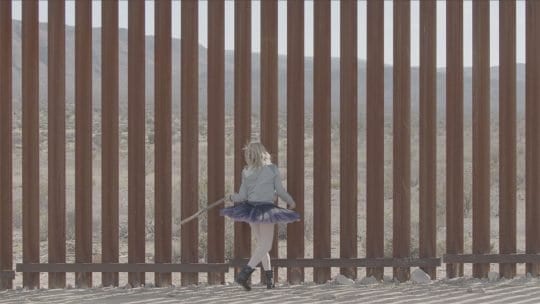