Jonas Hassen Khemiri
Reading Has to Be Dangerous

Swedish author Jonas Hassen Khemiri spent his youth reading Faulkner and imitating the rapper Nas, who taught him that “grammar is secondary to telling the story.” Meet the writer who has been named the voice of his generation. Read more …

“I read like an addiction,” says Hassen Khemiri of his torrid love affair with literature. “I had specific periods of overdosing Kafka when I was 16-17, then injecting a lot of Faulkner in my 20s.” But one of the most defining lessons came from the American rapper Nas, whose broken English created different worlds of storytelling. On the subject of mistakes Hassen Khemiri now knows that “not only can you make mistakes, maybe the story breaths thanks to those mistakes … They’re the oxygen that gives that story life.”

Jonas Hassen Khemiri (b. 1978) is a Swedish author and playwright who is considered one of the most important writers of his generation in Sweden. His best-selling novels have been awarded multiple prizes, among others the prestigious P.O. Enquist Literary Prize for his second novel ‘Montecore: The Silence of the Tiger’, (2006), the 2015 August Prize for best Swedish Fiction Book of the year for his third novel ‘Everything I don’t Remember’, 2015. His first play, ‘Invasion!’ was awarded a Village Voice Obie Award when it premiered in New York in 2011 and his most recent play ‘≈(Almost Equal To)’ premiered at Dramaten in Stockholm in October 2014 to raving reviews. His work has been translated into more than 20 languages.

Jonas Hassen Khemiri was interviewed by Roxanne Bagheshirin Lærkesen during the Louisiana Literature festival at Louisiana Museum of Modern Art, Denmark, in August 2016. 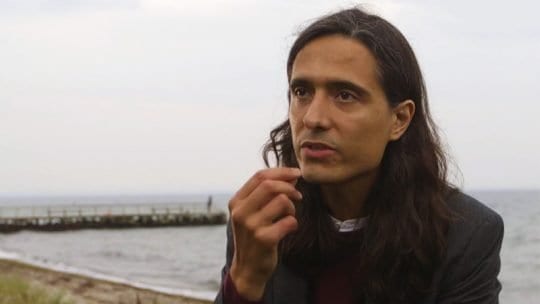