Julie Nord
The Power of Drawing

“The child remains inside of you. You don’t outgrow it.”

“It’s the closest you get to silence – or skin. There’s so little between me as an artist and my material.” Artist Julie Nord here shares her attraction to the “no bullshit” of drawing. Visit her studio and take a peek at how she makes her surreal, fairy tale-like drawings. Read more …

When she and her mother moved from Copenhagen to Jutland (in the western part of Denmark), Nord was confronted with an abrupt sense of estrangement in a place where she struggled to fit in: “And if you adapt a lot, you acquire a great secret of all the things that can’t adapt. That came out on paper or stayed in the space I had with my parakeets and luckily, also with a few friends, who in their ways were also outsiders.” This experience of how reality could change abruptly sparked Nord’s interest in what she refers to as “the ice floes of reality” and that moment right before the soap bubble bursts – much like the use of suspense in horror movies.

The figure of a big-eyed girl has become a common thread through Nord’s works. The girl started out as a kind of ‘Alice in Wonderland’-character in a series of drawings that explored ‘Wonderland’, where reality and fantasy merge and become inseparable. Nord feels that she has never let go of this “childlike” approach to the world, and that the girl in this sense has become a sort of alter ego: “The child remains inside of you. You don’t outgrow it.”

“Usually we recognize faces first. It’s the first shape the brain finds in an abstract pattern.” Nord is equally interested in the patterns that surround the distinctive faces. She feels that patterns have an almost calming effect due to their inbuilt repetition and furthermore function like an additional track that sets the mood: “They’re in the background but emit almost a smell to the work.”

Julie Nord (b. 1970) is a Danish visual artist, who lives and works in Copenhagen. Nord has had solo exhibitions at venues such as ARoS and Kunsten Museum of Modern Art in Denmark, Nordic Watercolour Museum in Sweden, and Turku Art Museum in Finland. For more see: http://www.julienord.dk/

Julie Nord was interviewed by Kasper Bech Dyg at her studio in Copenhagen, Denmark in June 2017 in connection with her exhibition at Trapholt Museum of Modern Art and Design in Kolding, Denmark.

All photos by Anders Berg and Lea Nielsen. Installation photos by Nils Rosenvold.

Works shown in this video: 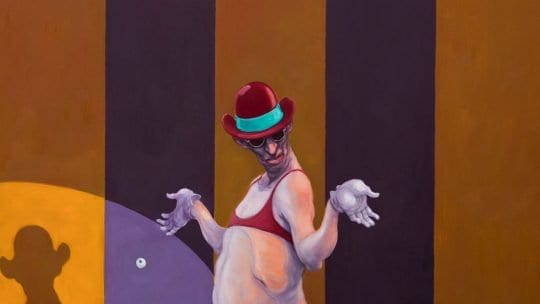 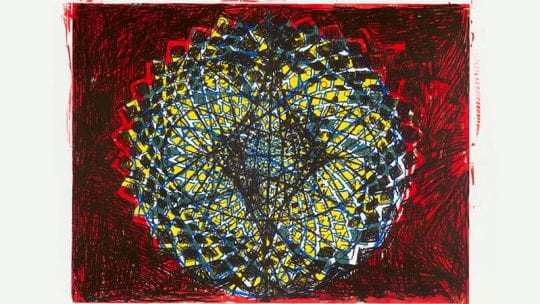