"I decided to move all the trees from the forest and create a new forest."

“If things created by humans should function next to natural things, the passing of time is necessary. Only the passage of time will bring forward the kind of landscape I want to create,” says the renowned Japanese architect Junya Ishigami. Learn about his award-winning project, the poetic landscape ‘Water Garden’, in this short video.
Read more …

When a hotel owner hired Ishigami to create a new garden and an addition to his hotel, the premise was that the addition should be built in a forest, and the garden in an area with meadows alongside. Because they were only allowed to build in the woods – meaning having to cut down almost all of the trees – Ishigami decided “to move all the trees from the forest and create a new forest.” Each tree was carefully relocated, uprooted and replanted over four years. They also relocated the moss that was already there, used the existing stones to make stepping stones, and integrated the water in the area: “We used everything that was already there and changed the layout to create a new artificial environment that was as close as possible to something natural,” Ishigami says. In continuation of this, 50 years earlier, the location had been rice paddies, and so Ishigami wanted to combine the rice paddy landscape with the forest landscape. Ishigami explains how it wasn’t about creating something from nothing, but rather about using the already existing environment and “letting the passage of time create a new garden. So, the concept was that the garden would take a long time to mature.”

Junya Ishigami (b. 1974) is a Japanese architect. In 2004, Ishigami founded his prize-winning architectural firm Junya Ishigami and Associates, collapsing the ideas of boundaries within architecture and bringing playful solutions to buildings and structures. Ishigami was first noted for his design of the Kanagawa Institute of Technology workshop in 2007, and a year later, in 2008, he had a solo show in the Japanese pavilion at the 11th Venice Architecture Biennale. He was the youngest ever recipient of the Architectural Institute of Japan Prize for the Kanagawa Institute of Technology KAIT Workshop in 2009, and in 2010 he won the Golden Lion for Best Project at the 12th Venice Architecture Biennale. Moreover, Ishigami was the subject of a critically acclaimed solo exhibition at the Foundation Centre Pour L’Art in 2018. In 2019, Ishigami designed the Serpentine Pavilion in London.

Junya Ishigami was interviewed by Marc-Christoph Wagner at The Louisiana Museum of Modern Art in Humlebæk, Denmark in October 2019.

Botanical Farm Garden Biotop Art ‘Water Garden’ (2013-2018) is an artificial landscape – and an outdoor extension of the resort Art Biotop Nasu – by Junya Ishigami near the Nasu Mountains in Tochigi, Japan. In 2019, it won the inaugural Obel Award. For more see: http://obelaward.org/winner-2019/ 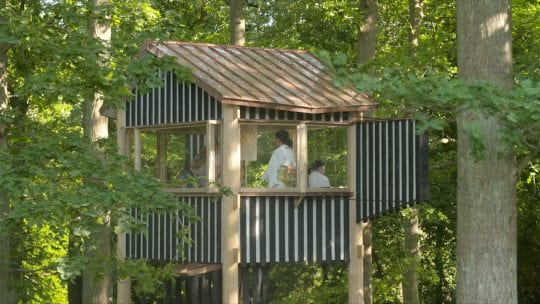 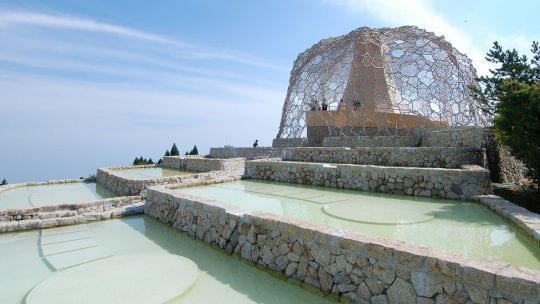