“I took death as a starting point for my poetry”

“Like a shaman dealing with death, I hoped to encounter death itself through some kind of shock waves…” Meet one of the most prominent voices of South Korean literature, award-winning poet Kim Hyesoon. In this video, Hyesoon reads and talks about her powerful book of poetry, ‘Autobiography of Death’. Read more …

In 2014, the Korean ferry, Sewol, sank with hundreds of passengers onboard. As the government failed to rescue the passengers, the disaster was witnessed by the whole nation on live TV. 304 people died in the accident. “I resolved to become the victims’ stepmother” Hyesoon explains. The disaster was the starting point for the poems in ‘Autobiography of Death’. “Although I made no direct mention of the Sewol ferry disaster, every time I picked up my pen, those corpses arose in me one by one.”
Hyesoon elaborates on her critic of the government and the Korean society, explaining how women tend to remain on the margin of society. “I’ve always tried to invent a language that can represent women’s voices. My aim is to give voice to those alienated and marginalized by society.”

Kim Hyesoon (b. 1955) is a South Korean poet and Ph.D. in Korean Literature. Hyesoon is the recipient of numerous literary prizes including Lee Hyoung-Gi Literary Award (2019), and the Griffin Poetry Prize (2019) for ‘Autobiography of Death’ (2016). Kim Hyesoon lives and works in Seoul where she also teaches creative writing at the Seoul Institute of the Arts.

Kim Hyesoon was interviewed by Kasper Bech Dyg at the Louisiana Museum of Modern Art in 2019. 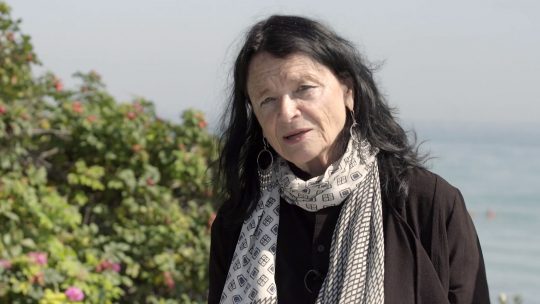