When Kjell Askildsen sent his first collection of short stories to his father, a central member of the Christian community in his small Norwegian town, he responded by burning the book. Hear the preeminent short prose writer of Scandinavia tell the story. Read more …

Growing up in a pious family a lot of Askildsen’s work stems from “when the innocent years of my early life ended.” In this interview he relays personal anecdotes of his upbringing; his older brother’s illicit jazz records, the moment he stopped believing in God and the banishment of his first collection of short stories from the local library because of sexually explicit content. “I was delighted that it was banned,” says Askildsen, who remained a vocal critic of extremism. “Because it illustrated so well all that my father stood for.”

Kjell Askildsen (b. 1929) is an award-winning Norwegian writer. His first collection of short stories was published in 1953, but he is most known for his signature minimalism developed over the course of his career. He is the recipient of multiple prizes, among others the 1991 Norwegian Critic’s Prize for Literature for his novel ’Et stort øde landskap’, the 2004 Norwegian Academy’s Prize and the 2009 Swedish Academy Nordic Prize.

Kjell Askildsen was interviewed in his home in Oslo, Norway, by Christian Lund in January 2016. 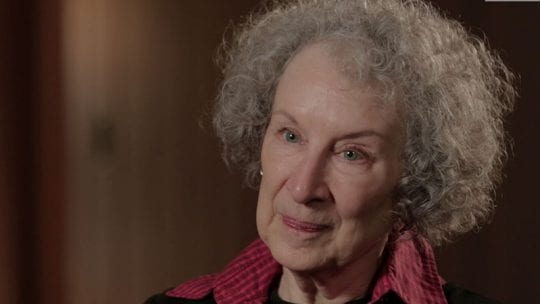