Klaus Rifbjerg
A Little While Longer

Klaus Rifbjerg (1931-2015) is one of the great masters of Danish literature. In this deeply personal and moving interview from 2013, the writer looks back on his life and literary career, reflecting on what it means to age – and to die. Read more …

“It would never be fun if it wasn’t serious.” Rifbjerg started writing because he didn’t feel represented by the contemporary literature and therefore felt the need to write his own. This sense of wanting to take the next step forward and to always speak his mind has been present in his work from thence, which also made him an avid social commentator.

Rifbjerg, who divided his time between Spain and Denmark, also contemplates what it means to be Danish. Though he is essentially proud of his nationality, he is not afraid to point out flaws and doesn’t pass up the opportunity to express his concerns and his contempt for the nationalistic Danish People’s Party: “The moment I leave the country the Danish People’s Party gets another seat. I can’t stand it! So I ought to have stayed at home, not that you can talk any sense into them – but maybe you could strangle some of them.”

In the interview Rifbjerg reads from the following works: ‘Edgar’ and ‘Skyggespil’ (from ‘Intet sikkert abnormt’ 2013) and ‘Den kroniske uskyld’ (1958). An extract of Danish actor Sofie Gråbøl reading the poem ‘Hjertets termometer’ is also featured.

Klaus Rifbjerg was interviewed by Marc-Christoph Wagner at the Louisiana Literature festival at Louisiana Museum of Modern art in 2013. 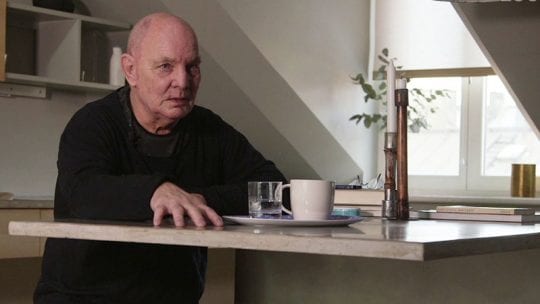 Lars Norén
Advice to the Young 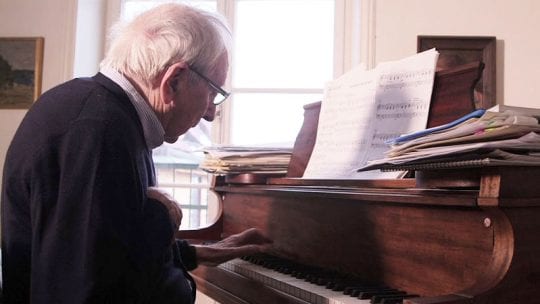 Artists on one work of art

On the horror of the blank page

Writers on the Moon