“I've tried to create a genre that is a blend of naturalism and surrealism“.

Get into the creative mind of film director Lars von Trier and learn how reading in his world is connected with writing. Trier calls literature his “basic medium” and reveals his inspiration from writers as Thomas Mann, Leo Tolstoy, and Marcel Proust. He refers to dramaturgy as his “toothache” connected to his reading of Donald Duck, but writing is “the greatest kick you can get,” he says. Read more …

Even though dramaturgy has been difficult for Lars von Trier, he experiences joy when writing the score of his films: “The greatest thing is when you let it go, like when you levitate in meditation. You do that sometimes when you’re writing. Then you write fabulously and you experience a high,” he says. “I hope I’ll manage to make a movie intuitively. But I’m stuck in the mire. The mire of dramaturgy.”

Lars von Trier is a passionate reader: “What I love about literature is that one man decides. It’s a dictatorship.” When writing ‘Joseph and his Brothers’ Thomas Mann had an obstacle: “It says so in the Bible” and having obstacles when writing and making films are important, Trier feels. “Andrej Tarkovskij made his very best movies in the Soviet Union because he was in this strange oppressed situation”. “Apparently, you need to have a chain around your neck, somehow. It’s like athletes who make things difficult for themselves or circus performers who do something and so becomes a reward for themselves,” Trier says.

“Henrik Ibsen almost reinvented dramaturgy and made it more efficient”, but “the problem is that things become clichés because they then just become part of the development of cultural history,” Lars von Trier says preferring August Strindberg. Strindberg “was wonderfully crazy and so creates things that are completely unforeseen, I’m sure Strindberg will live much longer than Ibsen,” Trier states.

“The reason why the novel is so good is that you have a friend in your hand: The writer who wants to tell a story,” Trier says. “The funniest thing is to tease and not reach a conclusion. The problem is I’m too conscious of it. I contemplate too much.” “First of all, I’m convinced that provocations are very important – particularly in a democracy. political correctness is the most dangerous thing imaginable because no one questions anything. Then everything stops.”

Looking back at his work Lars von Trier states: “I wouldn’t say that I’ve changed anything, but I’ve tried to create a genre that is a blend of naturalism and surrealism, you might say.” “When you’re walking somewhere on Earth, something catches your eye. In the end, you collect all kinds of tidbits. My ambition with the film has been to somehow expand the medium,” Trier says.

Lars von Trier (b.1956) is a Danish film director and screenwriter, whose prolific career spans almost four decades. His pivotal work is known for its technical innovation and examination of existential, social, and political issues in movies such as ‘The Element of Crime’ (1984), ‘Europa’ (1991), ‘Breaking the Waves’ (1996), ‘The Idiots’ (1998), ‘Dancer in the Dark’ (2000), ‘Dogville’ (2003), ‘Antichrist’ (2009), ‘Melancholia’ (2011), Nymphomaniac (2013) and ‘The House That Jack Built’ (2018). He is also the creator of the TV series ‘The Kingdom’ (1994-1997) and one of the creators of the innovative Dogma 95 style manifesto (along with e.g. Thomas Vinterberg), which has since marked Danish and European film alike. Among his numerous awards at film festivals worldwide, Trier has received the Palme d’Or, the Grand Prix, Prix du Jury and The Technical Grand Prize at the Cannes Film Festival, as well as The University of   Copenhagen’s DKK 1 million Sonning Prize 2018. In 2018 Brandt Museum in Odense, Denmark presented a major exhibition providing a retrospective overview of the work of Trier: ‘Lars von Trier – The good with the evil’. Trier is also the founder and shareholder of the international film production company Zentropa Films. In 2022 Lars von Trier will release the third part of ‘The Kingdom’, entitled ‘The Kingdom Exodus’.

Lars von Trier was interviewed by Christian Lund at his home outside Copenhagen in November 2020. 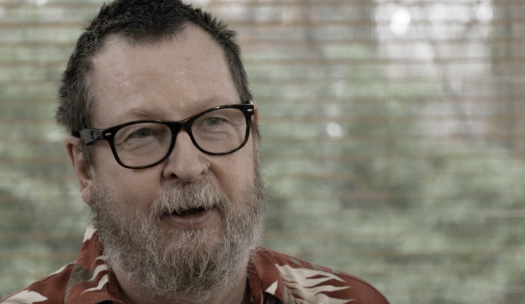 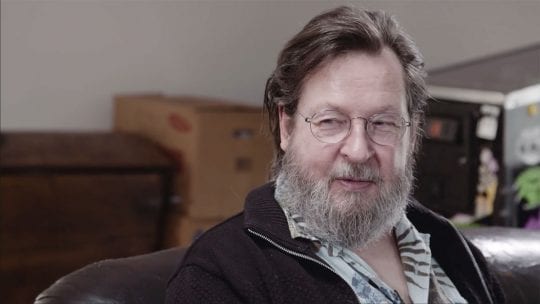 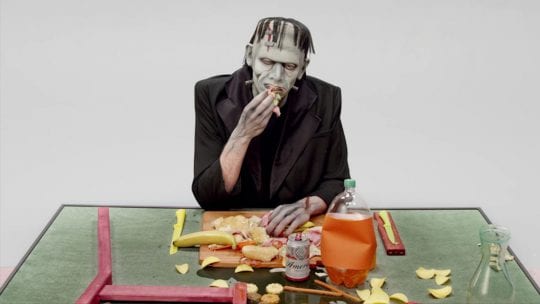