“The popular culture and the way we’re affected by it is so all around us that it’s hard to see."

Is the world turning into Hollywood? Into a universal quest for wealth, beauty, youth and celebrity? In her eye-opening visual documentation ‘Generation Wealth’, the award-winning photographer and filmmaker Lauren Greenfield shows us how increasing consumerism has shaped a global culture of growing narcissistic obsession. Read more …

In this in-depth interview, Greenfield explains how she wanted to “track the kind of corruption of the American dream and the way this dream has been exported around the world.” ‘Generation Wealth’ takes us to Iceland, Dubai, Ireland, Russia and the USA. The media, Greenfield argues, has become a significant component in shaping the identity of young people: “What’s happened in the last 25 years is people spend more time with the characters that they know on tv than their actual neighbours. And they start to want what they have.” Consequently, this creates what she describes as “an aspirational gap,” where there’s no connection between people’s desires and their actual income. In regard to this, Greenfield considers the significance of the financial boom and crash. Many lessons were learned, but soon afterwards, everyone went right back to where they had been before, driven by a kind of addiction: “In the addiction model, you just keep going until you crash and hit rock bottom.” The story of ‘Generation Wealth’, however, is not only about the collective crash but also about the personal crashes, which she feels contain the possibility of insight and a different path: “The movie has a surprisingly hopeful ending as we kind of barrel at full speed toward the Apocalypse.”

Furthermore, Greenfield talks about how she considers ‘Generation Wealth’ a feminist work, which reflects upon the commodification of women’s bodies: “I realized that in a way, the commodification of the human body was the ultimate sacrifice and degradation and consequence and cost of capitalism and that for women, this is part of our daily currency.”

Lauren Greenfield (b. 1966) is an American artist, documentary photographer and documentary filmmaker, who is considered a preeminent chronicler of youth culture, fashion, media, wealth beauty and consumer culture. Her documentaries include ‘Thin’ (2006), ‘Beauty CULture’ (2011), ‘The Queen of Versailles’ (2012) and ‘Generation Wealth’ (2018). In 2014 she directed a commercial spot for Always called #likeagirl, which went viral on the internet and won multiple awards, including the primetime commercial Emmy Award in 2015. Greenfield is also the author of photographic books such as ‘THIN’ (2006), ‘Girl Culture’ (2002), ‘Fast Forward: Growing Up in the Shadow of Hollywood’ (2002) and ‘Lauren Greenfield: Generation Wealth’ (2017). Her photography is found in major collections such as LACMA in Los Angeles, SFMoMA in San Francisco, and the Smithsonian National Museum of American History in Washington. Among many other awards, Greenfield is the recipient of the Sundance Film Festival’s Directing Award, US Documentary 2012 (for ‘The Queen of Versailles’), the Grierson Award for best documentary shown at the BFI London Film Festival and the Grand Jury Prize at the Independent Festival of Boston (both for ‘THIN’).

Lauren Greenfield was interviewed by Marc-Christoph Wagner at her studio in Los Angeles in November 2018. 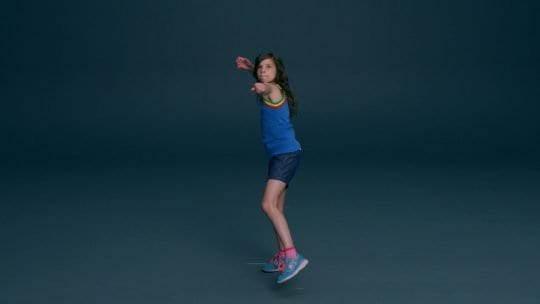 “We do this work as documentarians, but there’s always a little bit of a desire to be a changemaker.” 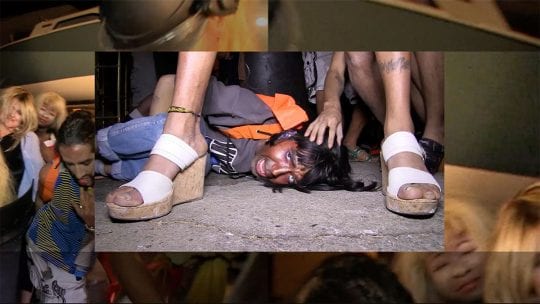 “People’s personalities are sculptural – they try to maintain an architecture that makes them feel like they exist.”