Leïla Slimani
On the Mediterranean

“Everything we are comes from here.”

Morrocan-French writer Leïla Slimani reflects upon the Mediterranean Sea and how its role has changed from uniting the cultures around it to dividing them. Read more …

Furthermore, she reflects upon the dream of especially many young people living in Northern Africa to cross it and seek a future in Europe: “Everyday children, men, and women die and drown in the sea, and everybody is so indifferent. I feel very ashamed.”

Writer and journalist Leïla Slimani was born in Rabat in 1981 and grew up in a French-speaking family. She studied political science in Paris and then worked as a journalist for the magazine »Jeune Afrique«. In 2012, she left the editorial office to devote herself to literary writing. After several publishers rejected her first manuscript in 2013, she completed an internship in the studio of French writer and Gallimard editor Jean-Marie Laclavetine. Her debut novel, Dans le Jardin de lʼogre, devoted to the theme of female sexuality as a symbol of emancipation and defying convention, was a sensation, especially among readers in Morocco. Her second novel Chanson Douce won the renowed Prix Goncourt. Slimani tells her »dark fairy tale for adults« starting from the end: a nanny hired by a French middle-class couple has killed the children entrusted to her care. The text explores the underlying origins of this tragedy, primarily due to the employers’ lack of interest in their domestic workers’ financial and psychological hardships. With a sharpened eye, Slimani describes the reality of life in the Western middle class and shows the disparity of different social types that remain alien to each other despite various points of contact. Slimani’s most recent novel Le Pays des Autres is the first part of a planned trilogy. The novel explores everyday racism in French colonial society through a love story between an Arab and a French woman at the end of World War II. In her essays, published in the volumes Sexe et Mensonges and Le diable est dans les details, Leïla Slimani focuses primarily on Islam and feminism, as well as the rise of fanaticism worldwide. In 2017, Emmanuel Macron appointed her as his personal representative to the Organisation Internationale de la Francophonie. In the same year, she became Officière de lʼordre des Arts et des Lettres.

Leïla Slimani was interviewed by Marc-Christoph Wagner at the French Embassy in Copenhagen in April 2022. 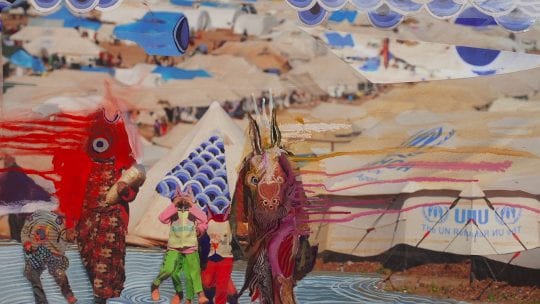 "We are intrigued by the migrant as a force of nature."

RRH Trio
No Borders for the Soul 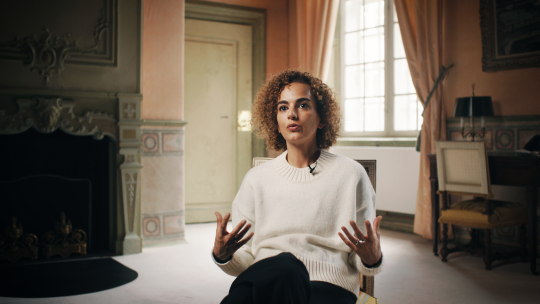 “I decided to write for revenge. Against the injustice. I wanted to show what I had inside me.”

Leïla Slimani
What Are We If Not a Story 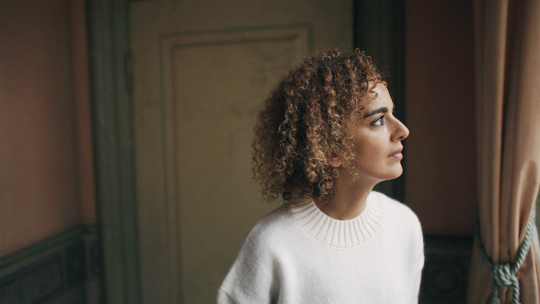 “For our children, we have to force ourselves to be optimistic.”

Leïla Slimani
We Have to Believe in Reason