Lenny White
I Am Painting with Notes

“The highest dynamic for humans is trust”

Mette jazz drummer Lenny White in this biographic interview. “When musicians get together and they realize that they have an affinity for each other and they trust each other, that’s when the magic happens.” Read more …

“I was interested in art before I was interested in music”, tells Lenny White. The painting was his first endeavor into the artistic realm, but eventually, music took over, as it was everywhere during his upbringing. To White though there are many similarities between music and art, for example, colors.

“Something with vibrant colors does something to people. Now I am painting with notes. The same way colors affect people, sound affects people. And the more advanced I became as a musician, I could take an idea, and by the notes that I chose I could really get this idea across to people.”

Born and raised in Queens, New York, Lenny White became interested in music at a young age. His father would take him to concerts in the local jazz scene. As a self-taught drummer, he started off his career playing in legendary clubs such as the Aphrodisiac, Slugs, and The Gold Lounge. In 1969, White first appeared on Miles Davis’ historic recording Bitches’ Brew. As a member of Return To Forever during 1973-76, White gained a strong reputation as one of the top fusion drummers, but he was always versatile enough to play in many settings. White was soon working with some of the Who’s who of jazz including Freddie Hubbard, Joe Henderson, Woody Shaw, Gato Barbieri, Gil Evans, Stanley Clarke, Stan Getz, and Chaka Khan among others. He has been nominated for five Grammy Awards and has won three of them. Besides that White has been teaching at Columbia University and Harvard Law School among others.

Lenny White was interviewed by Marc-Christoph Wagner at the Louisiana Museum of Modern Art in November 2020. 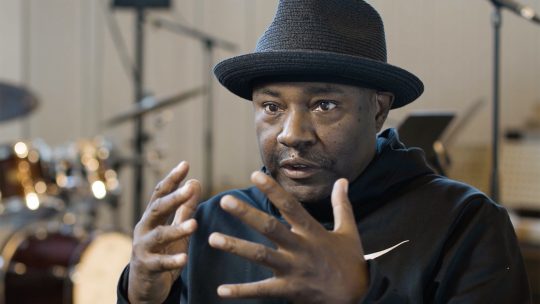