In-depth biographic interview with Leonardo Padura on how baseball was his first true love – and why he doesn’t want to be too local in his writing: “I am a Cuban writer who writes about Cuba, and I try to have a universal perspective on events.” Read more …

As a novelist whose sources for his literature are history and reality, Padura feels that it is his job to navigate Cuba’s sense of self-perception: “It’s a country, for example, where the government admits that people cannot live with their salary, but no one starves to death. So you think, ‘What’s happening here? How do these codes work?’” Moreover, Padura feels that literature is the most complicated of all arts: “Literature is more complete because it uses the form of expression that all humans have command of – words.”

“My biggest frustrated dream is not becoming a good baseball player,” says Padura of turning to writing at a later age. In continuation of this, he wrote the text ‘I Wish I Were Paul Auster’ after reading an interview with the American novelist: “… at a time that I had many interviews about political issues, and I was trying to come out of them well or trying not to answer them… I read an interview with Paul Auster where they asked him about three things: literature, cinema and baseball. I felt really jealous because I like talking precisely about literature, cinema and baseball.”

Leonardo Padura was interviewed by Peter Adolphsen in connection with the Louisiana Literature festival at the Louisiana Museum of Modern Art, Denmark, in August 2015. 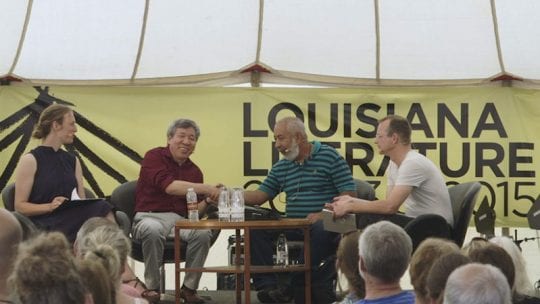