Growing up an outsider in a rural area of Denmark, do you put on a show, or do you hide yourself? Performance artist Lilibeth Cuenca Rasmussen tells the story of her life and art, challenging cultural values and transforming pain into new energy. Read more …

“I consider myself a living sculpture who talks, the roles help me express things with my words.” Video and performance artist Lilibeth Cuenca Rasmussen (b.1970) was born out of the marriage between a Danish sailor and a Filipino waitress. She grew up in the Philippines and from the age of eight, in a rural area of Denmark. In her art, she often explores socio-cultural relationships, taking her own Danish-Filipino background as her point of departure. Her approach is often humorous, but at the same time critical and sensitive.

In this interview Lilibeth Cuenca Rasmussen talks about her family background and she tells us about some of her most well known works, such as “Family Sha La La” (1998) and how she sees the family as part of the construction of our dysfunctional society. She also talks about working with her body in her performances. “Changing roles is like being a chameleon, changing from one person to another,” she explains, and says that she is a bit of a pleaser, always seeking to grab peoples attention, but also about how her work is an attempt to change pain into something constructive.

In her art Lilibeth Cuenca Rasmussen navigates between different kinds of realities and extremes. Creating perfectly staged theatre performances, music videos and raw documentaries, her work is based on a mixture of personal confessionals and political commitment., approaching issues such as identity, gender and social relations. Lilibeth Cuenca Rasmussen first solo exhibition, Family show, was held in 2000 at the Akershus Kunstsenter at Lillestrøm in Norway, two years before she graduated from the Royal Danish Academy of Fine Arts. She participated in the 2011 Venice Biennale in the Danish pavilion with Afghan Hound: four songs on video plus a live performance. In 2008 she was awarded the Eckersberg Medal.

Lilibeth Cuenca Rasmussen was interviewed in her studio by Christian Lund, 2013. 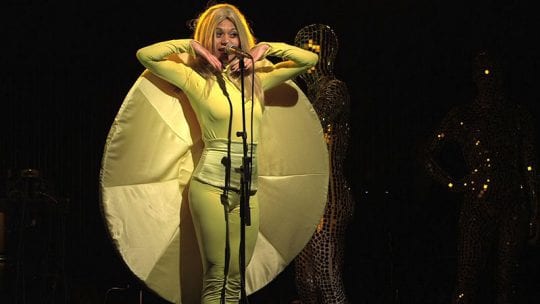 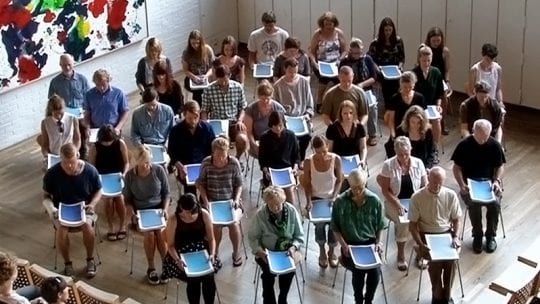