“I like fiction that acknowledges its inability to supplant reality.” American writer Lisa Halliday is widely praised for her debut novel ‘Asymmetry’ (2018). Watch her talk about writing and the writers from which she draws inspiration and encouragement – from Flaubert to Mario Vargas Llosa. Read more …

Halliday’s novels start with a character, in the sense that she begins with “someone I want to spend a lot of time with.” If she gets stuck in her writing, she feels it is because she has not found “the right voice, or angle, perspective, tone in which to tell it.” While searching for the right tone, Halliday shares that she often looks to other writers: “I read books that I’ve loved to look for solutions as to how I can frame what I’m doing – or for a tone.” This isn’t stealing, she stresses, but rather “taking the encouragement of someone who’s already done it, and then, inevitably, it becomes your own later, as you go over and over it.” Finally, Halliday offers two pieces of advice that have stayed with her: One of them from another writer, who recommended writing as though no one will ever read it, stripping away the ego and self-consciousness: “Obviously when you write, you hope that what you write will survive you, and that means it will survive your insecurities, which are not going to matter to anyone fifty years from now.” The other piece of advice was simply: “Write the book you want to read.” 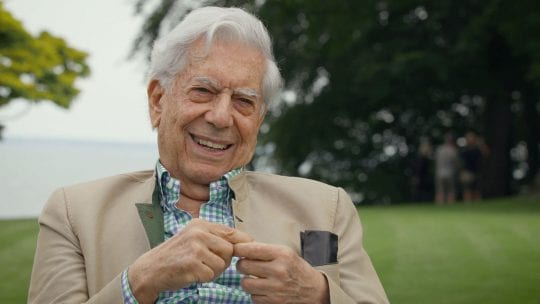