Meet Mania Akbari, who is considered one of the most controversial filmmakers in Iran due to the themes she deals with, such as infidelity and homosexuality. Here she reflects on how something poetic can be found in even the fiercest dictatorship. Read more …

Akbari ponders on how it is possible that the “romantic and sensitive soul of poetry” can exist alongside an aggressive dictatorship such as that in Iran: “It is possible that the voice coming out of my country, Iran, is a very aggressive voice, but there are also some sensitive voices to find. I find it sad to say that this is a product of aggression, but it exists alongside of it.”

Beauty and aggression are inextricably intertwined, and sometimes what you see is not what you expected to see: “We don’t’ know that the voice we hear from a country matches the true picture. We have to approach the situation to see how much beauty and sensitivity there is in its aggressive nature. Conversely, how much aggression is found in the nature of beauty and sensitivity.” Akbari feels that one simply cannot separate aggression from sensitivity in any country, and that Iran – despite its strong dictatorship – is also a country where people are sensitive and poetic and seek solutions or comfort in the works of great poets such as Hafez.

Mania Akbari (b. 1974 in Tehran, Iran) is an internationally acclaimed Iranian filmmaker, actress, painter and writer, whose works deal with themes such as sexual identity, women, marriage, abortion, infidelity and lesbianism. Because of the themes discussed in her films and her opposition to censorship, she is considered one of the most controversial filmmakers in Iran. Her first feature-length film ’20 Fingers’ (2004), which was a study of marriage and sexual identity, won the best film prize at the Venice Film Festival’s Digital Cinema section. During the production of her film ‘From Tehran to London’ (2012-13), Iranian authorities arrested her distributor, and Akbari chose to flee to London. Retrospectives of her films have been featured at international venues such as BFI, Oldenburg International Film Festival and the Danish Film Institute. For more about Mania Akbari see: http://www.mania-film.com/

Mania Akbari was interviewed by Marc-Christoph Wagner at the Danish Film Institute in Denmark in 2014. 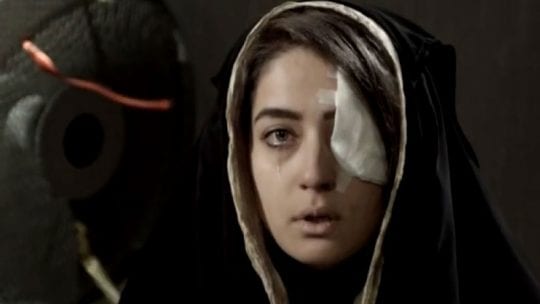