What question would you ask Michel Houellebecq? Watch the French writer in this video, where he openly answers questions from his readers about his childhood, his favorite music, his research methods, as well as the relationship between Houellebecq himself and his literary characters. He also shares his advice for writing fearlessly: “There’s a very simple method consisting in convincing oneself that you’ll die before the book comes out and you won’t have to face the consequences.” Read more …

Houellebecq shares how he often felt that he was playing a part as a child, to get better integrated where he was: “I was trying to pretend that I was normal and that I shared the same interests and games as my schoolmates. And I was quite successful in that.” Coming from a poor background, he was brought up by his grandparents, who were quite tolerant and not too worried about him. At this point, Houellebecq shares the story of how his grandmother defended him when a neighbour accused him of being odd because he talked to himself: “So you could be strange without being put in the hands of a psychologist immediately.” In continuation of this – at the age of eight or ten – he often vanished for a whole night without anyone being alarmed.

“It’s always less than you think.” Houellebecq feels that people tend to overestimate the part of autobiography, and argues that the more important a character is in terms of the number of pages, the less autobiographical he is: “You can be more or less autobiographical in a minor character, but as soon as the character gets more important there’s either a part of invention or you start mixing some people, just two or three, no more, to create a single character.” When he writes, he often takes off in a real event in his life and wonders what would have happened if he had taken the opposite decision. Finally, poetry has always been significant to Houellebecq, and a great inspiration is the French poet Baudelaire (b.1821-d.1867) to whom he tries to pay his tribute in each book. When Houellebecq began writing poems, he was displeased not to be able to include poetry in his novels. Consequently, he experimented with melting the prose and dissolving it into poetry: “The end of my books, in general, tends to be poetical.”

Michel Houellebecq (b. 1958) is a French writer, poet, and filmmaker, who is particularly known for his controversial novels, which hold up a mirror to the grim truths of contemporary France. His international breakthrough was with ‘Atomised’ (Les Particules Élémentaires, 1998), which became “an instant nihilistic classic”. Other novels include ‘Platform’ (Plateforme, 2001), The Possibility of an Island (La Possibilité d’une Ile, 2005), ‘The Map and the Territory’ (La Carte et le Territoire, 2010), which won the prestigious Prix Goncourt, ‘Submission’ (Soumission, 2015), and ‘Serotonin’ (Sérotonine, 2019). Houellebecq has also published several books of poems, including ‘The Pursuit of Happiness’ (1991), and ‘The Art of Struggle’ (Le sens du combat, 1996). Houellebecq is the recipient of several prestigious awards including the Prix Goncourt and the International IMPAC Dublin Literary Award (2002), and in 2019 he was made a Chevalier of the Légion d’honneur. 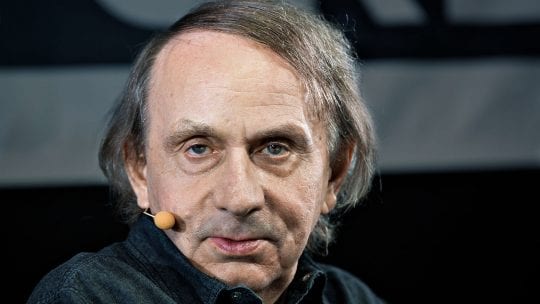 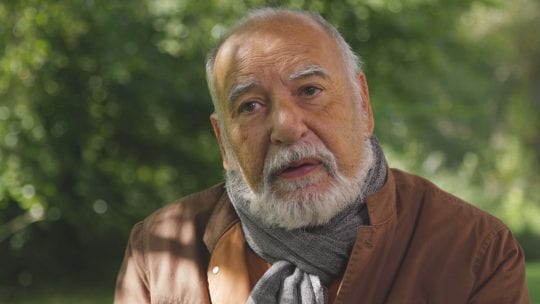