When Miriam Bäckström was a child, her parents used her as a therapist for their relationship. Today, the renowned Swedish conceptual photographer and artist finds that “homes are frightening,” she says in this video in which we visited her workplace and “imitation of a home” in an old mansion, to talk about her work inspired by theatre. Read more …

Bäckström explains how she started out documenting various set designs: “I documented it in a way that would also somehow show that it was a fiction, an environment built for the camera.” These settings were so close to reality that they seemed real at first. But at a closer look, something else was uncovered: “It made me understand that everything is a set design… What we call theatre or film sets is more like a model for our options in the real theatre, which is life.” Theatre, she adds, teaches us which roles we can take on, and mirrors the “double view” that she requires in her works: “I won’t be satisfied until there is more than one reality.”

“I don’t think my parents understood that I was a child,” Bäckström says of her childhood in the 1970s. Her parents let her take care of herself and used her as a sort of relationship counsellor. She was not allowed to play the role of a child, and rather than developing a clear idea of herself, she came to have an understanding of all characters: “Sometimes I think that it might have been equally interesting for me to become an actor. Not knowing who you are and at the same time holding all characters inside of you.” In continuation of this, Bäckström says that she has never really understood the concept of a home, and so, she lives in a house that is both home, workroom, film studio, and set design.

Miriam Bäckström (b. 1967) is a Swedish conceptual photographer and artist. Since the mid-1990s, she has worked with indirect modes of portraiture. Bäckström has photographed different rooms and interiors – including film sets, museum displays, and furnished flats – that tell their story in the absence of their inhabitants and often reveal themselves to be staged. She has also worked with tapestry in large formats, where the photographic motif has been woven in one piece. Bäckström has participated in numerous international exhibitions and biennials, and together with German artist Carsten Höller, she represented Sweden at the Venice Biennale in 2005.

Miriam Bäckström was interviewed by Christian Lund at her house in Stockholm, Sweden, in February 2015.

Catherine Opie
Portrait Through a Home

“The ability to wonder is immanent in art.”

Carsten Höller
The Luxury of Doubt 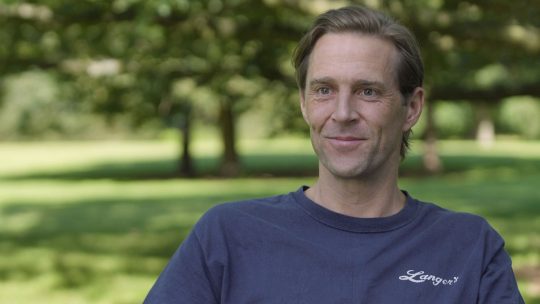 “Vandalism is the posture of the weak."

Matias Faldbakken
An Element of Vandalism