Nástio Mosquito
What are You Willing to Die for?

“I have always pursued some kind of emotional truth.”

Angolan artist Nástio Mosquito has been dubbed “the future star of the art world.” He here talks about his invigorating multidisciplinary practice, which investigates universally human characteristics in a teasing, polemic and humorous way. Read more …

Mosquito is not looking for uniqueness or originality, but aims for authenticity: “If I’m genuine, if I’m connected to my emotional truth, fuck it’s me. And there’s only one me.” Whether it’s a video, a photograph or a song, he wants it to be true to himself and connect to a perspective that he’s trying to put out there: “I have always pursued some kind of emotional truth.”

Nástio Mosquito (b.1981) is an Angolan multimedia artist, who grew up in Portugal. Mosquito works in the intersections of performance, spoken word, video and music, and The Guardian has called him “the future star of the art world.” His preferred tool – and sharpest weapon – is his own voice, which he uses to investigate identity and political power. In 2014, Mosquito was named the joint winner of the International Future Generation Art Prize for artists under 35. He lives in Ghent, Belgium as well as in Luanda, Angola. For more see: http://nastiomosquito.com/

Nástio Mosquito was interviewed by Christian Lund at Danish Art Workshops in Copenhagen, Denmark in March 2017. 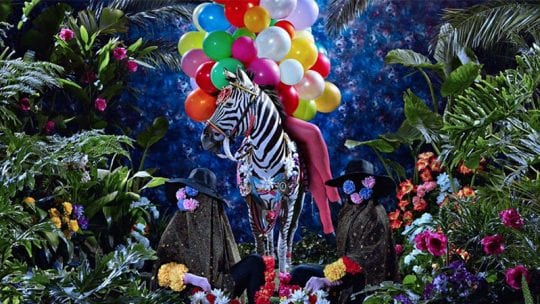 Athi-Patra Ruga
A Glimpse of Utopia