“Memory is what makes us who we are,” says Kenyan Ngũgĩ wa Thiong’o – a frequent contender for the Nobel Prize in Literature – in this video about how colonizers sought to erase the memories of the natives by severing their linguistic connections. Read more …

The colonizers played the game of “power-politics” by tampering with the memories of the natives and instead planting new ones – those of the colonizer: “You literally erase the memory of who they are.” As an example of this, places were renamed in terms of the invasive presence, e.g. New York and New England.

“Everybody’s language is the keeper of their memory.” Wa Thiong’o argues that language is empowerment, which is furthermore emphasised by the fact that one of the first things that the colonizers did was to cut off the African slaves’ linguistic connection to Africa. The tradition of African people writing in their own language has always been present, and he finds it absurd that even today many native Africans think that African literature is literature written in English or French. Moving the original African languages to the periphery, he finds, is a result of “a globalization of inequality of power between languages.” This discrepancy of power-relationships is constant, but there is a tendency to not wanting to acknowledge this. To move on, however, it is essential to remember and own up to reality: “Words – no matter what they mean – can never erase the actual material reality.”

Ngũgĩ wa Thiong’o (b. 1938) is a Kenyan writer. He grew up during the colonial period in Kenya, and his dream of a free Africa has shaped his oeuvre, which is written both in English and in Kikuyu. In 1977 he began a new form of theatre ‘Ngaahika Ndeenda’, which sought to liberate the theatrical process from what he considered “the general bourgeois education system.” Despite its success, the authoritarian Kenyan regime shut it down and he was subsequently imprisoned for more than a year. Adopted as an Amnesty International prisoner of conscience, however, he was released and left for the U.S., where he still resides. Among his work, which includes novels, plays short stories and essays, are ‘Weep Not, Child’ (1964), ‘Petals of Blood’ (1977), ‘Wizard of the Crow’ (2006), ‘Dreams in a Time of War’ (2010) and ‘In the House of the Interpreter: A Memoir’ (2015). Wa Thiong’o has also taught at Yale University, New York University and the University of California, Irvine. Moreover, he is the founder and editor of the Kikuyu-language journal Mũtĩiri.

Ngũgĩ wa Thiong’o was interviewed by Kim Skotte in connection to the Louisiana Literature festival at the Louisiana Museum of Modern Art, Denmark in August 2015. 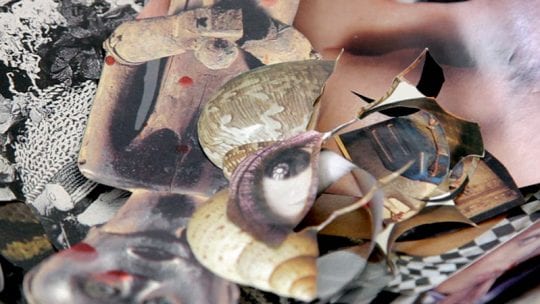