Nick Hornby
I Need to Consume Everything

Meet British author and screenwriter Nick Hornby, who consumes books, movies, music, sport, and art. “I am passionately interested in how these things are made.” Read more …

Nick Hornby is widely known for bestselling books like ‘Fever Pitch’ and ‘High Fidelity’ which has become modern-day classic. The first time Hornby felt he wanted to write was when he was 17-18 years old, and the inspiration came from a new generation of music journalists. “There were a ton of really good writers, it taught me a lot about voice and people being opinionated, and people drawing from other forms of culture to describe the music I was listening to. It was one of the first times writing made sense to me,“ he says.

“I think I became aware when I was at university that there was something in me that needed to consume everything — books, movies, music, sport, art. I always want something coming in, and it comes out somehow. And that is my petrol. I am passionately interested in how these things are made and always interested in why people are not consuming things that mean a lot not only to me but to them.”

“I get a little depressed when people use culture as a kind of pacifier, watching or listening just because they have nothing left to do. They don’t think the experience is going to be transformative, or they don’t hope for anything inspirational. I firmly believe that that is capable of happening – inspiration and transformation are capable of happening any moment during the day if you find the right thing to read or the right thing to listen to. So, we are constantly on the edge of being surprised and changed by something.”

As a writer, Nick Hornby is always full of ideas for new projects. “I don’t think I have any trouble with finding ideas. I don’t know why. I am just coming to that state of my life where I realize I will die without having completed the ideas that I have.”

Nick Hornby (born 1957), in Redhill, Surrey England. His first book, Fever Pitch, a memoir of a life devoted to Arsenal football club was published in 1992. In 1995 Hornby published High Fidelity (1995), a novel about an obsessive record collector, which was adapted as a film in 2000 starring John Cusack. His fiction explores male obsessions, crises and weaknesses also in subsequent novels such as ‘About a Boy’ (1998), ‘How to be good’ (2001) ‘A Long Way Down’ (2005) ‘Juliet, Naked’ (2009) and ‘Just Like You’ (2020). Hornby received prestigious literary prizes such as the WH Smith Award for Fiction, Commonwealth Writers Prize, Whitbread Novel Award Besides novels Hornby has also worked as a screenwriter with films like Lone Scherfig’s ‘An Education’ (2009) and the award-winning Series ‘State of the Union’ (2019-).

Nick Hornby was interviewed by Elisabeth Skou Pedersen at the Louisiana Museum of Modern Art, in June 2022. 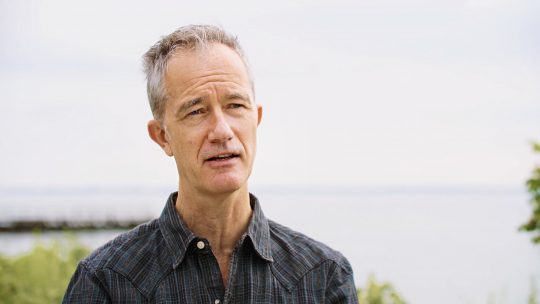 “I think writing has always been this nice thing of the safety net for those who have sort of messed up everything else.”

Geoff Dyer
On What Makes the Writing Life Interesting 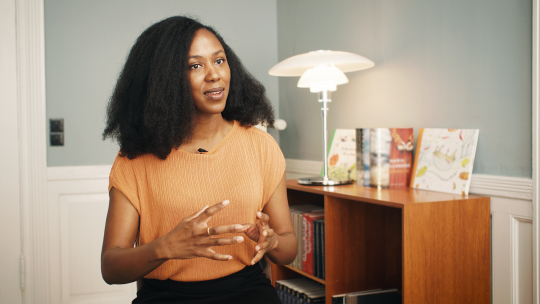 “Math is a very creative subject.”

Natasha Brown
What Math and Language Have in Common 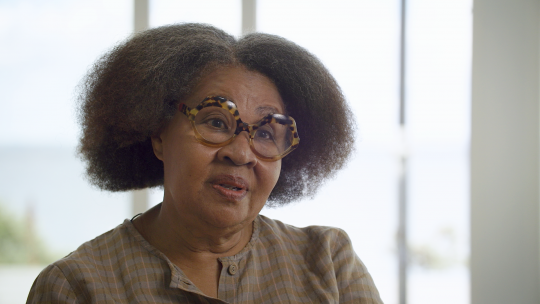 “I would arrange stones in a yard and pretend they were my audience. I would read Shakespeare, and whoever was in my schoolbook would read it to them.”

Jamaica Kincaid
How Reading Formed Me 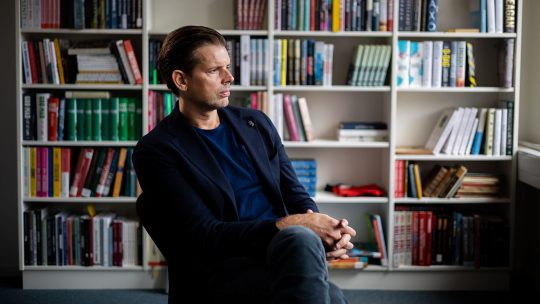 “When I read a story in a book, I can feel that this is true. That it is true within the world of this person.”

Alex Schulman
True Even Though It Did Not Happen