American novelist Nicole Krauss reads from her novel ‘Great House’. In the excerpt father and son meet in Jerusalem for the first time in 25 years. We hear the voice of the father in the mind of his son. The author introduces.
Read more …

Nicole Krauss’ novel Great House was published in 2010. Synopsis: For twenty-five years, a reclusive American novelist has been writing at the desk she inherited from a young Chilean poet who disappeared at the hands of Pinochet’s secret police. One day a girl claiming to be the poet’s daughter arrives to take it away, sending the writer’s life reeling. Across the ocean, in the leafy suburbs of London, a man caring for his dying wife discovers, among her papers, a lock of hair that unravels a terrible secret. In Jerusalem, an antiques dealer slowly reassembles his father’s study, plundered by the Nazis in Budapest in 1944.

Great House tells the story of a desk of many drawers that exerts a power over those who possess it or have given it away. It’s a meditation on memory and loss.

The reading was recorded at the Louisiana Literature festival in August 2012. 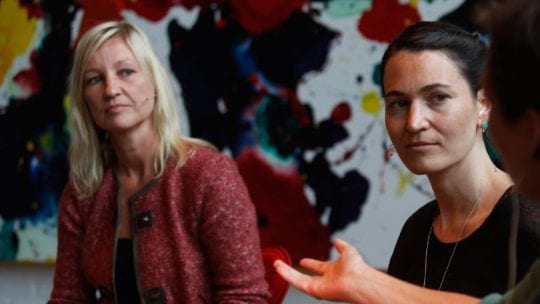